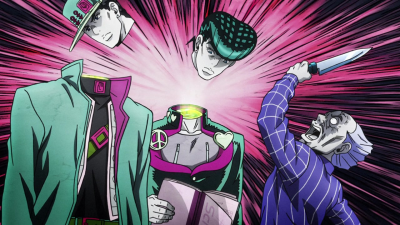 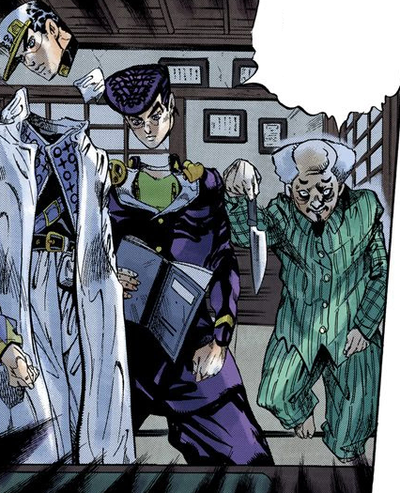 It narrates the ambush of Jotaro and Josuke by the ghost of Yoshihiro Kira, father of Yoshikage Kira, as the Joestar Group investigates Yoshikage Kira's house.

Jotaro, Josuke, Okuyasu, and Koichi investigate Kira's former life and residence. The ghost of Kira's father, Yoshihiro Kira, appears and attacks the group from a photograph, empowered by the Stand Atom Heart Father.

Yoshihiro is initially captured into a photograph, but escapes with a second Bow and Arrow; aiming to create an army of Stand users in order to protect his hiding son.[1]