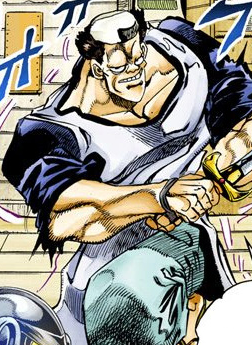 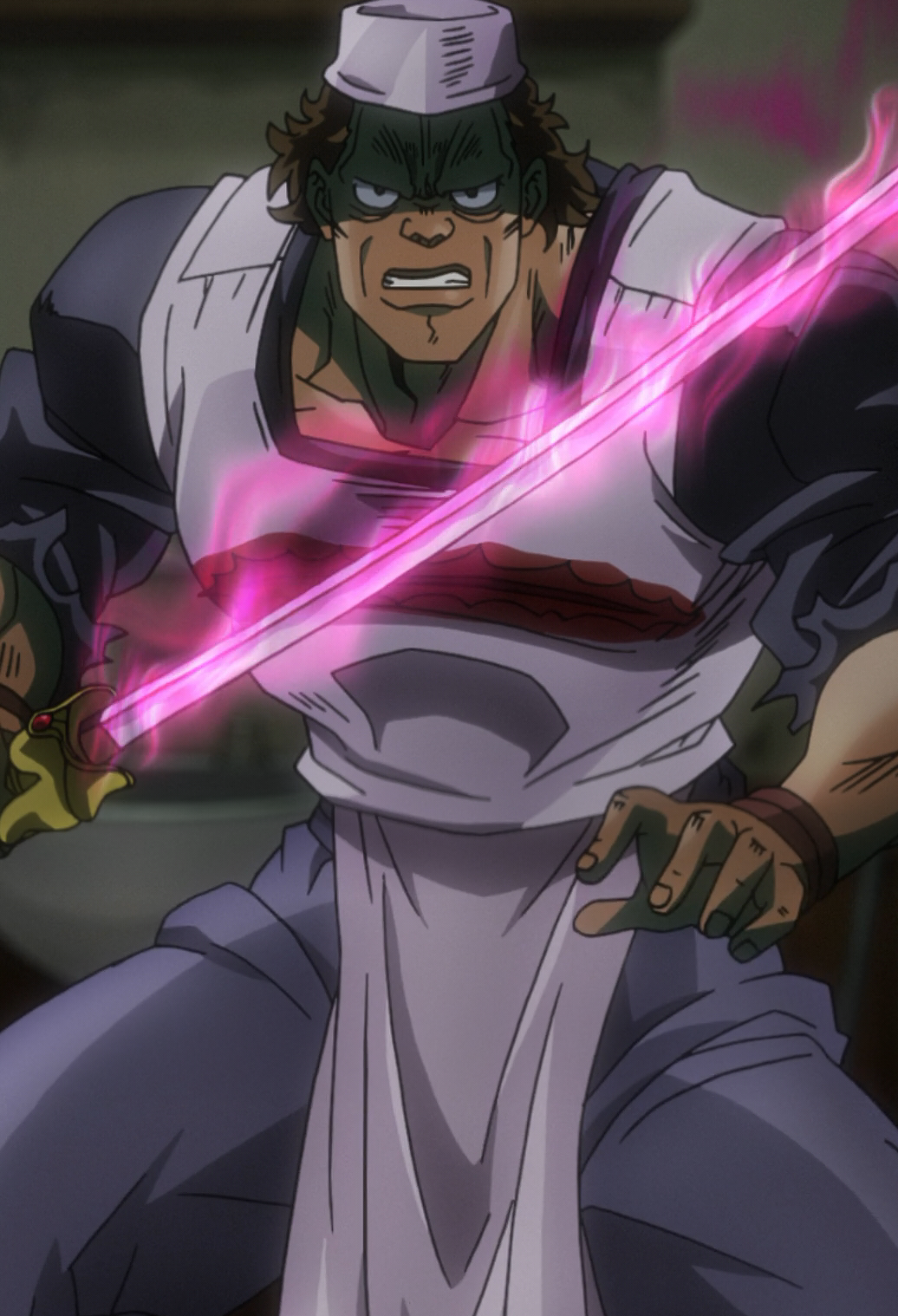 Khan (カーン, Kān) is a tertiary antagonist featured in the third part of the JoJo's Bizarre Adventure series, Stardust Crusaders.

He is a barber from Edfu[2] who gives Jean Pierre Polnareff a shave but is possessed by Anubis, beginning a battle with Polnareff and Jotaro. 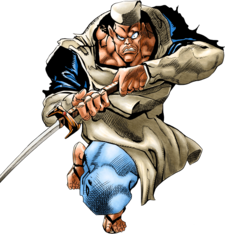 Khan is a large, muscular man. His head is tall with sharp cheekbones and an angular jawline. He lacks eyebrows. His hair is dark and short and topped with a small, cylindrical cap. He wears a tunic with dark, short sleeves, small wristbands, pants, and sandals.

Khan is an affable barber, often seen with a smile. He gladly listens to his customer's requests and apologizes for any mistakes.[2] Not much else is known about him since he unsheathes Anubis for an unknown reason not long into Polnareff's shave.