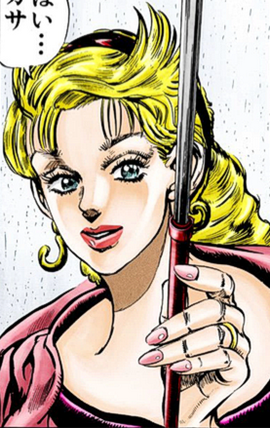 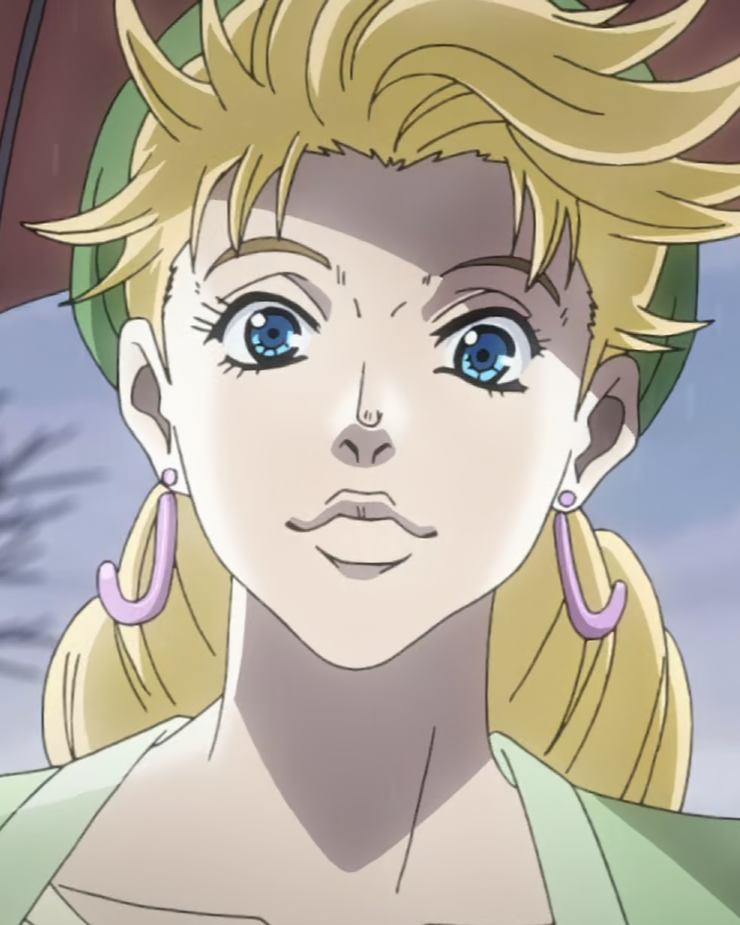 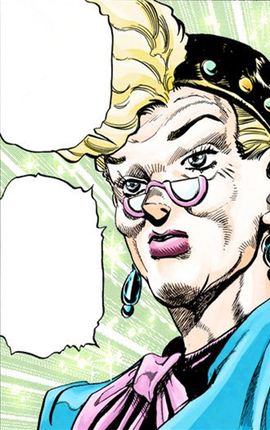 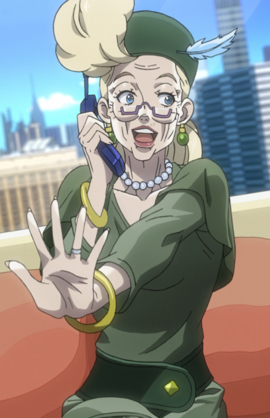 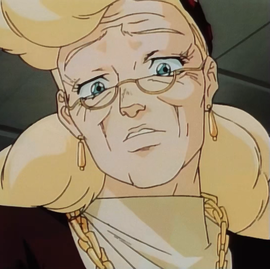 Suzi Q (スージーQ, Sūjīkyū), later known as Suzi Q Joestar (スージーQ・ジョースター, Sūjīkyū Jōsutā), is a minor character featured in the second part of the JoJo's Bizarre Adventure series, Battle Tendency, and then the third part, Stardust Crusaders. She is Lisa Lisa's servant, and lacks any ability to fight. Suzi Q is Joseph Joestar's love interest who later on becomes his wife.

During Stardust Crusaders, Suzi Q has considerably aged and her hair has gone white, she now also wears glasses.