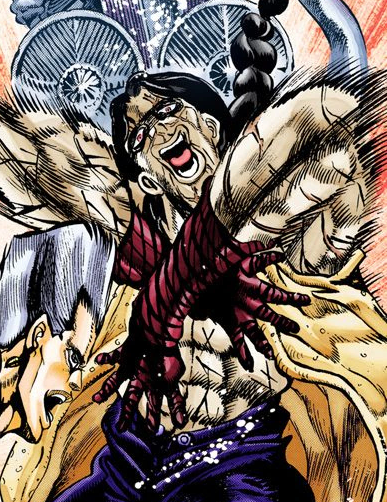 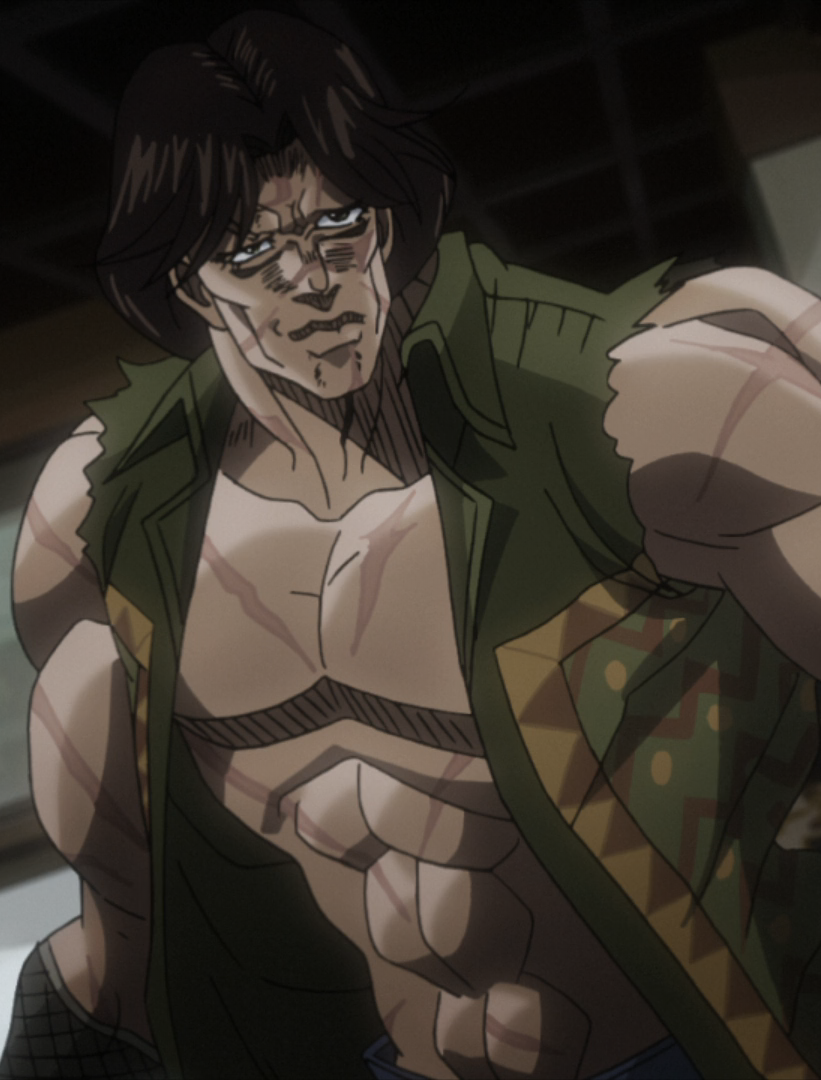 JoJo's Bizarre Adventure (SFC Game)
“
I am Devo the Cursed. And my Stand represents "The Devil" of the Major Arcana... (おれの名は呪いのデーボ⋯スタンドは「のカード」の暗示⋯Ore no na wa Noroi no Dēbo... Sutando wa "Debiru no kādo" no anji...)
”
—Devo the Cursed, Chapter 133: Devil, Part 1

An infamous Native American shaman and assassin in DIO's service, Devo ambushes Jean Pierre Polnareff in his hotel room in Singapore. He is a Stand User and uses Ebony Devil.

Devo is a tall Native American[2] with long dark hair and muscular build. His face and body are covered by countless scars: the results of Devo letting his opponents attack him in order to increase his anger and Stand's power.

Devo's clothing consists of a tall open coat with torn off sleeves, no undershirt, gloves that take up his entire forearm, jeans, and shoes. In the anime, Devo's coat features a design on either side based on the patterns commonly seen on Native American clothes.

At first, Polnareff believes Devo to be a complete idiot, since he was hiding in the fridge of Polnareff's room and left all the drinks on top said fridge, making himself easily detectable. But Devo pretended to be sloppy to be detected by Polnareff and get hit by his Stand. He is also extremely sadomasochistic, taking blows with ecstatic joy while planning to kill his victims in brutal ways. Through the control of his doll, he becomes even more psychotic and perverse.

According to Devo, his Stand represents the Devil Tarot Card, which represents confusion and unluckiness. Everyone who met Devo before had the unluckiness to be "cursed" by him and killed without even knowing why; demonstrating how unlucky they were to cross his path. When Polnareff first encounters Devo he is initially confused by Ebony Devil's lack of reaction to his attack and Devo's stupidity. This confusion is further aggravated by Devo's happiness for being hurt by Polnareff and Ebony Devil's mischievous behavior in their battle.