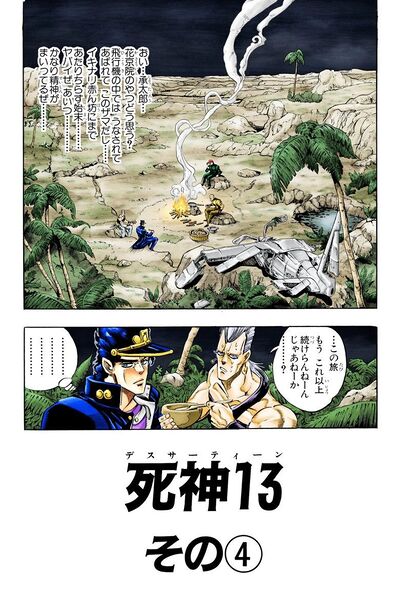 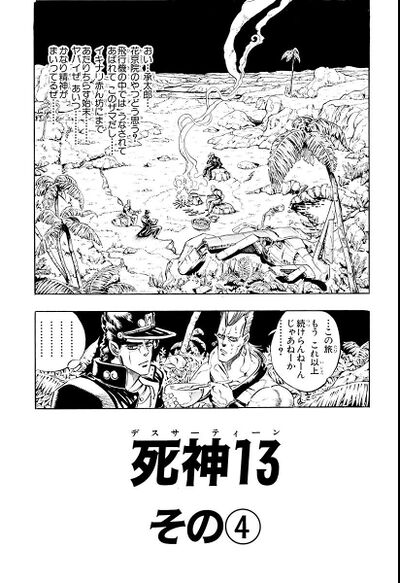 Author's Note
“
I switched back to using contacts, but my eyes hurt since I can't quite adjust to them. I naturally open my eyes wide and my face looks weird.
”
—Hirohiko Araki
“
コンタクトにかえたが、慣れず目が痛い。自然と目をむくと表情がアブナクなる！
”
—Hirohiko Araki