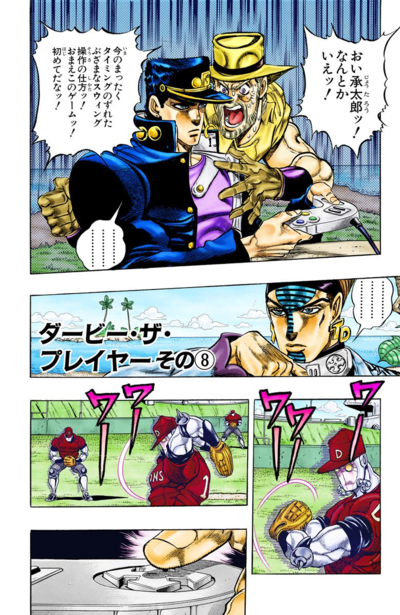 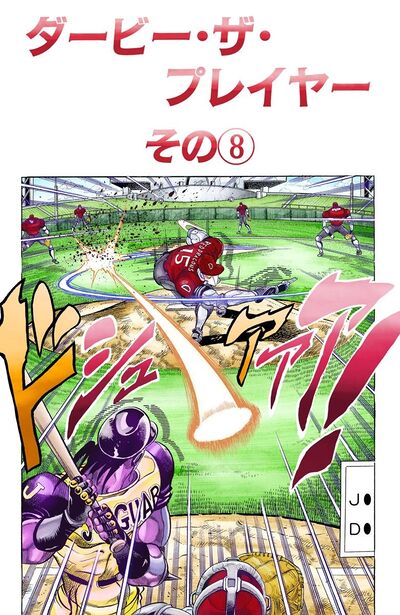 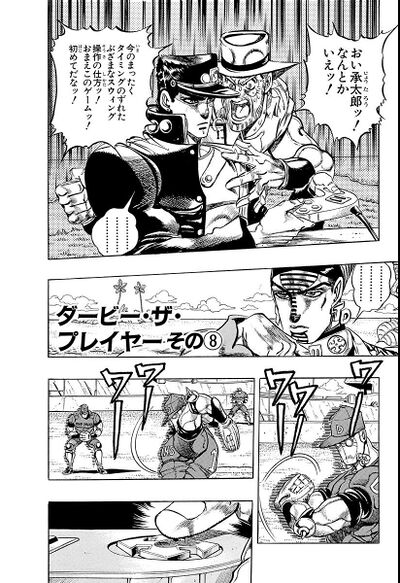 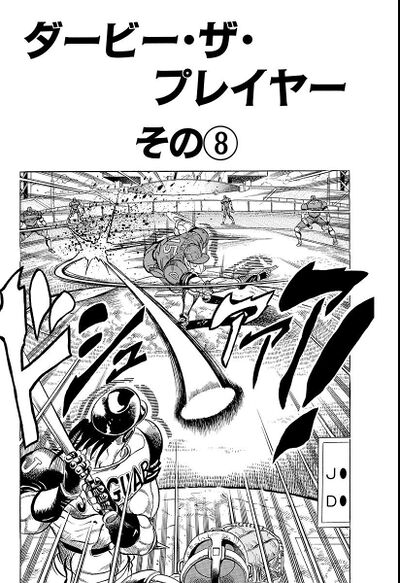 Telence pitches again. Still getting used to the controls, Jotaro swings too late and receives a second strike. Jotaro swings again, getting a third strike and one out. This bewilders Joseph, concerned that Jotaro isn't taking this seriously. Telence warns Jotaro that trying to lure him into a false sense of security is pointless and that he will go all out no matter who he faces. Jotaro reassures Joseph that he will defeat Telence and retrieve Kakyoin's soul. Jotaro then strikes out once again. Joseph can hardly look at the pitiful attempt his grandson is making. As Telence prepares the final pitch, Jotaro declares that he has finally learned how to bat. Much to the shock of everyone, Jotaro hits a home run. Telence feels concerned about Jotaro saying he "learned how to hit," and realizes that he has found his greatest opponent to date.