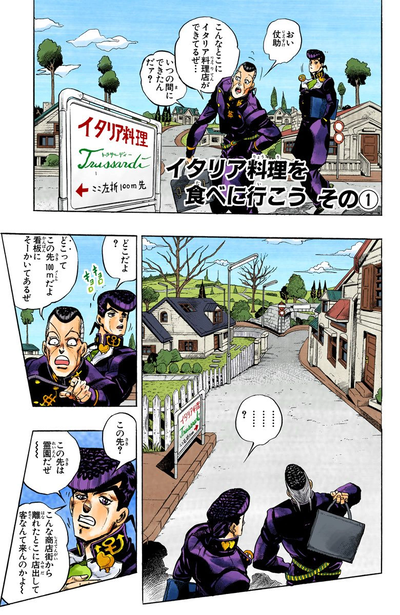 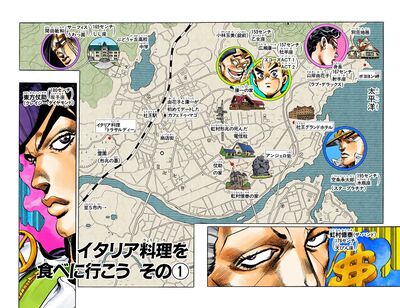 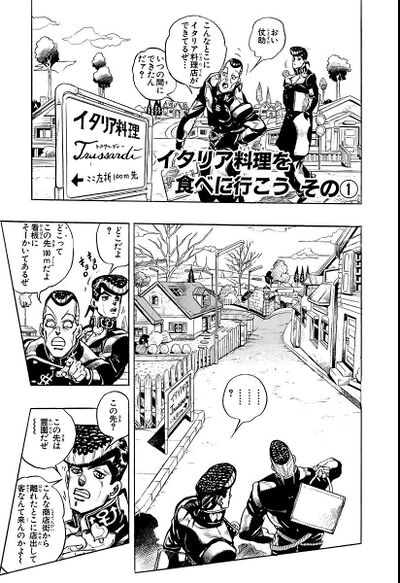 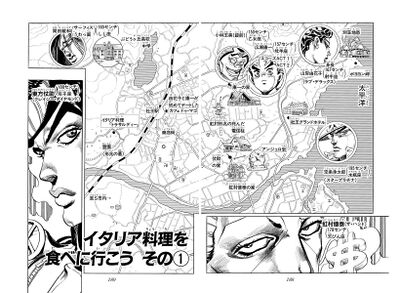 As Josuke and Okuyasu walk home from school, Okuyasu notices a sign leading to a new Italian restaurant by the name of Trussardi's. Josuke notices that it leads toward the nearby cemetery, but is convinced by Okuyasu to head there for their meal. When they arrive at the restaurant, Josuke notices that the menu is 'up to the customer'. As they enter, they are greeted by the sole owner, chef, and waiter of Trussardi's: Tonio Trussardi.

After Josuke and Okuyasu sit down at their table, Okuyasu asks for a menu. Tonio responds by saying there is no actual menu. He states that he will determine what he makes for the customer based on his observations. Tonio manages to accurately point out Okuyasu's health problems, saying that he has traveled around the world to study culinary arts that will relieve people of their health problems.

Tonio heads for the kitchen to start preparing the meal. As Josuke tries to convince Okuyasu to leave the restaurant should the food taste bad, Okuyasu takes a sip of water and states that he has never tasted water so good before. Okuyasu begins to cry, asking for Josuke's handkerchief. After a time, Okuyasu can't stop himself from crying to the point where his eyes began to deflate. Just as Josuke confronts Tonio about the situation, Tonio explains that the water was meant to cleanse Okuyasu's eyes as well as relieve his insomnia. Okuyasu finally stops crying and mentions that his sleepiness is gone and that he has never felt better. Tonio has already prepared the next meal for Okuyasu, which is a mozzarella and tomato salad.

(As a rock) (Cover only)
Anjuro Katagiri