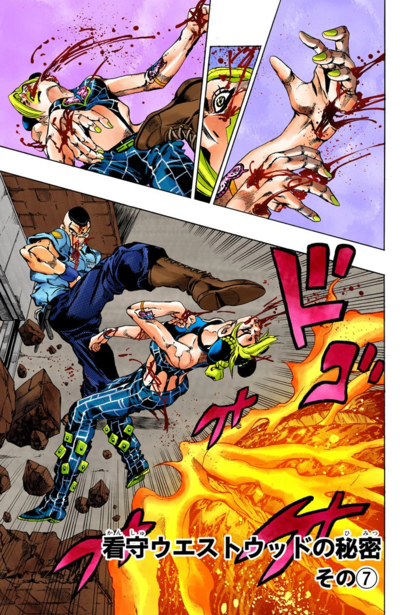 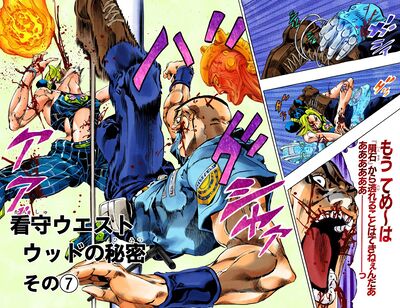 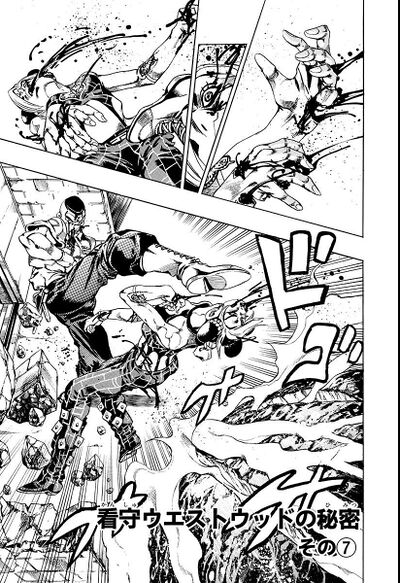 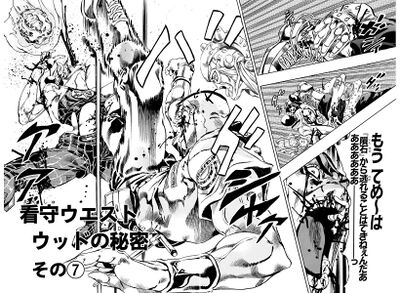 The Secret of Guard Westwood, Part 7 (看守ウエストウッドの秘密 その⑦, Kanshu Uesutouddo no Himitsu Sono 7), originally One Stubborn Woman (懲りない女, Korinai Onna) in the WSJ release, is the sixty-sixth chapter of Stone Ocean and the six hundred sixtieth chapter of the JoJo's Bizarre Adventure manga.

As the meteor burns away, the flaming boot continues flying at full force, disfiguring Viviano. Stone Free headbutts Westwood, causing him to fall over a nearby railing and lose consciousness. Jolyne remembers DIO's Bone and the prisoner she saw take it. She looks around to see all the inmates bloat up and fall on the ground; around twenty prisoners lay on the ground, all extremely bloated. Jolyne then sees two men standing next to the bodies.