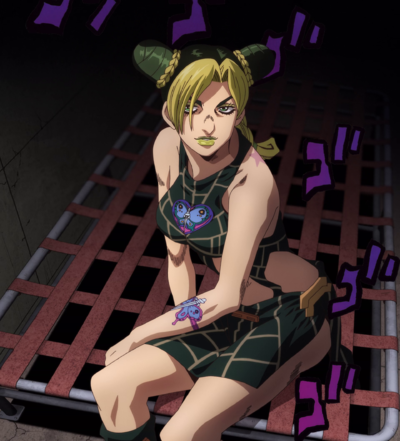 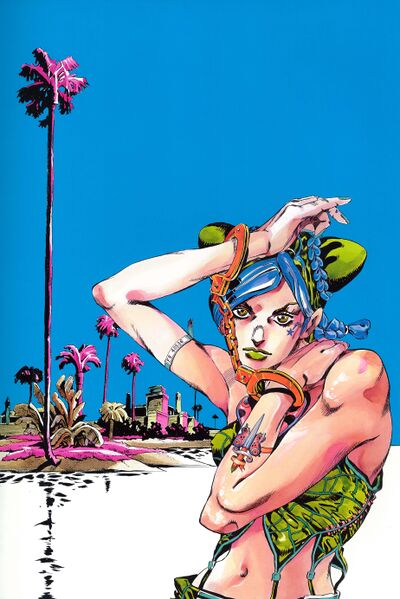 SO Volume 1 (64)
For other usages of the term "Stone Ocean", see the disambiguation page.

Taking place in Port St. Lucie, Florida; Jolyne Cujoh, daughter of Jotaro Kujo, is introduced in jail, claiming to have been framed for murder. During her lawyer's visit, he hands her a pendant as a gift from her father. Jolyne throws this away, but not before cutting her finger from the stone inside the pendant.

Jolyne befriends fellow prisoner Ermes Costello while being transferred to Green Dolphin Street Prison. After Jolyne is dropped off, she discovers that she can hear the voices in the prison car where Ermes is being beaten up by the prison guards. Her hand unravels into a string as the car drives away and before one of the guards strikes Ermes, the string cuts his ear off and even manages to snatch a good sum of money.

Later on, the court rules Jolyne to 15 years in prison for helping her boyfriend Romeo dispose the corpse of a bystander he ran over, while he remains free from arrest. After going through the prison inspection, Jolyne sees her lawyer and uses her new profound ability to cause him to have a car accident.[1]