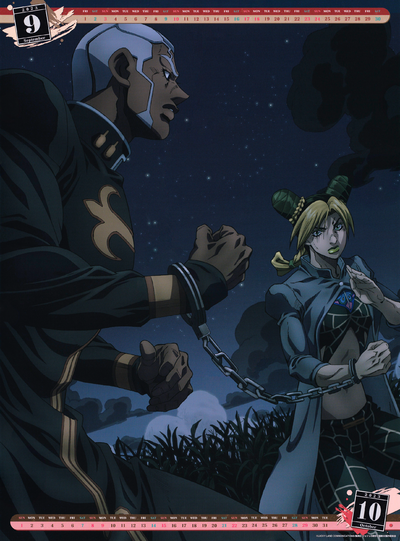 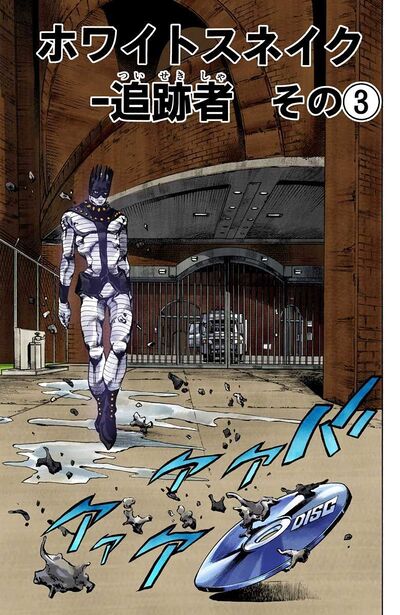 It ends the confrontation between Jolyne, Anasui and Green, Green Grass of Home, and narrates how Enrico Pucci ambushes the protagonists and finally confronts Jolyne.

Trapped with Green, Green Grass of Home, Jolyne and Anasui narrowly evade its attacks by having Anasui phase Diver Down in the walls of the bottle and locking the Stand inside. As they run away from the direction of the bottle, the Stand rolls toward Anasui, crushing his legs. Coincidentally, the Green Baby becomes interested in Jolyne because of her birthmark and its Stand's effects disappear, growing them back to a normal height.

Back in the prison, F.F. struggles to get to the swamps to warn Jolyne about Father Pucci. Before she can replenish herself with water, Whitesnake forces a DISC that boils water into F.F., evaporating most of her plankton. Almost dead, F.F. contacts Weather Report with a radio, and he uses his weather control power to make it rain and make the area foggy. Whitesnake loses F.F.'s track as well as Jotaro's Memory Disc, and she meets with Weather Report.

Afterwards, F.F., together with Weather Report, meet with Jolyne and Anasui and inform them about Pucci's identity. However, "Weather Report" reveals himself to be Whitesnake in disguise before heavily wounding F.F. and Anasui. Pucci reveals himself and approaches the Green Baby, but Jolyne cuffs him to herself, forcing him to fight her.[1]

DIO and Pucci lounge on a bed together in a flashback. DIO asks if Pucci will betray him one day, pointing out that Pucci could take The World any time he wanted. Pucci explains that he loves DIO as he loves God, and that he has never even thought of such a thing. DIO apologizes for insulting him, handing him a bone that he ripped out of his own body as a token.

In the present, Pucci face off. Though Stone Free manages to attack him, Pucci takes out Jotaro's Memory Disc and throws it into Anasui's throat.[2] Forced to choose between her father's Disc and Pucci's defeat, Jolyne chooses the former, allowing Pucci to recite 14 phrases to the Green Baby, who drags Pucci into the grass to fuse with him. As Jolyne attempts to take Jotaro's Disc out of Anasui's dying body, Anasui begs F.F. to take over his body. However, F.F. instead uses the last of her plankton to save Anasui. F.F.'s spirit appears, to Jolyne's utter disbelief. F.F. tells Jolyne to tell Anasui that he saved himself, noting that her memories would not come back even if her Stand Disc were used again. Satisfied that Jolyne acquired her father's Disc, F.F.'s spirit says goodbye as she disappears into the stormy sky.[3]