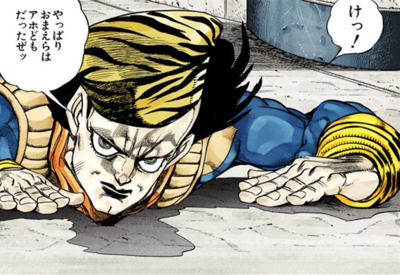 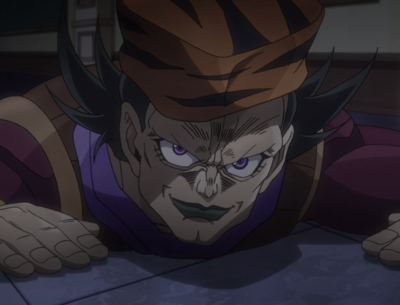 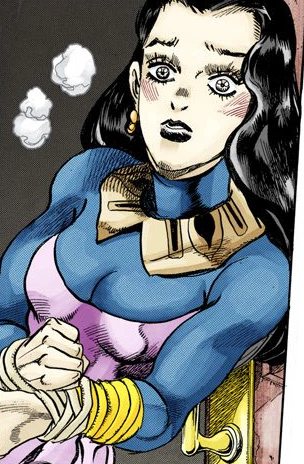 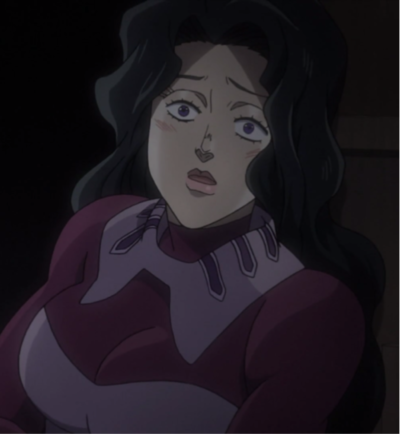 Nukesaku (ヌケサク, Nukesaku) is a tertiary antagonist featured in the third part of the JoJo's Bizarre Adventure series, Stardust Crusaders.

He is a Vampire henchman of DIO that disguises himself as a woman as an attempt to attack Jotaro when the Joestar Group infiltrates DIO's mansion. Having no Stand,[2] he is used as a punching bag and unwilling guide to his master's coffin.

Nukesaku is a small, pale-skinned male vampire.[2] He has long dark unkempt hair spiked backwards and a large widow's peak. Nukesaku wears a dark jumpsuit with an assorted vest and scarf on top. He also wears boots, a loincloth, multiple ringlets on his wrists and ankles, and an animal print taqiyah.

Nukesaku's back is the face and physique of a woman, used to disguise himself and fool the Joestar Group. Disguised as a female, Nukesaku wears simple earrings, a light dress, and a stylish belt. However due to his clumsiness, he forgets to fixate his hands to match his body.

In the anime, Nukesaku is seen wielding a sawed-off double-barrel shotgun to test the power of DIO's Stand, The World. 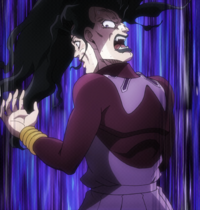 Nukesaku has the face and physique of a woman on his backside. Using the female face, he can use it to talk and make expressions. While somewhat useful, he often forgets to fixate his body to match the way this face is looking. 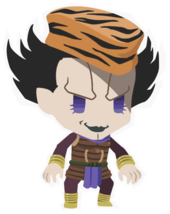