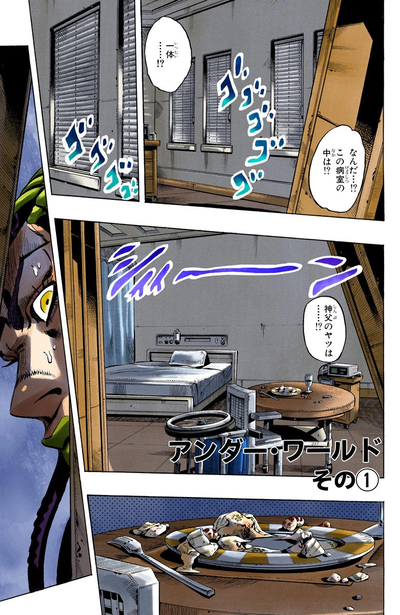 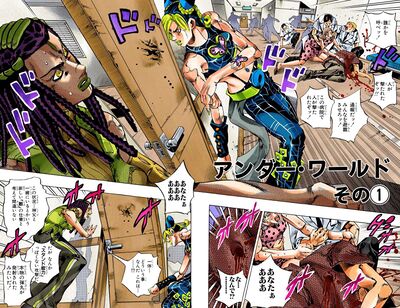 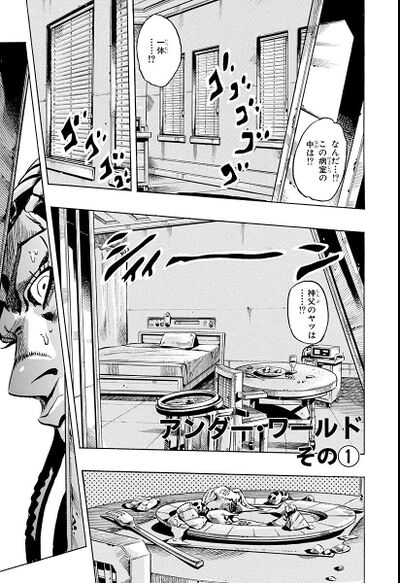 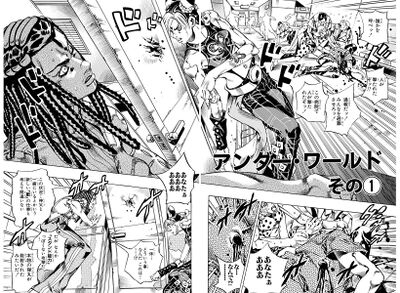 Jolyne and Ermes investigate the room from which a stray bullet shot a bystander, but see that it is unoccupied. Jolyne realizes that the strange shot was likely a test for the new Stand user and enters the room despite Ermes's warnings, seeing a hole leading underground. Although the hole is an obvious trap, Jolyne immediately enters it, determined to kill Pucci before he can escape, and gives a lifeline made out of a string to Ermes.

Down the hole, Jolyne follows a tunnel that she lights with a flashlight, and investigates a suspicious spoon. However, Ermes soon sees that the flashlight's light is no longer visible and futilely tries to call Jolyne. When Jolyne picks up the spoon, she finds herself in a passenger plane. Everything looks normal, but the dates are from 2005, and Jolyne can see Pucci and Versus alongside his Stand Under World. Jolyne is now trapped inside the airplane.