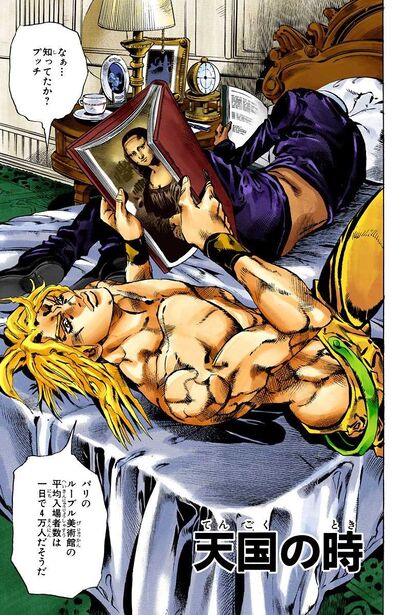 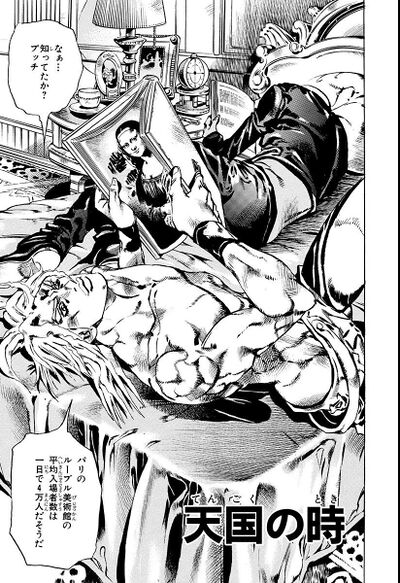 Time for Heaven (天国の時, Tengoku no Toki), originally Token of Apology (謝罪の印, Shazai no Shirushi) in the WSJ release, is the ninety-fourth chapter of Stone Ocean and the six hundred eighty-eighth chapter of the JoJo's Bizarre Adventure manga.