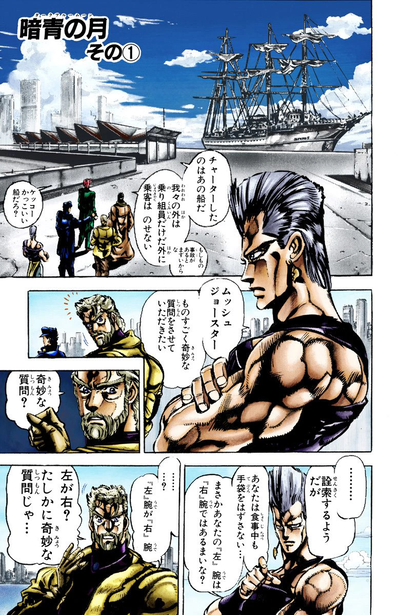 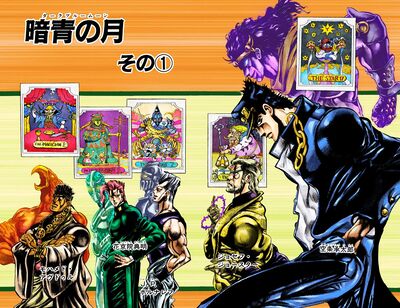 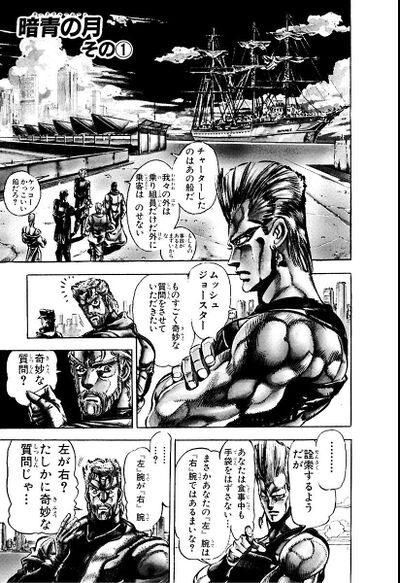 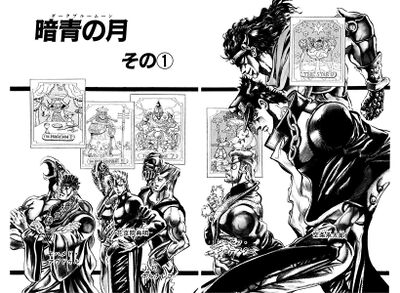 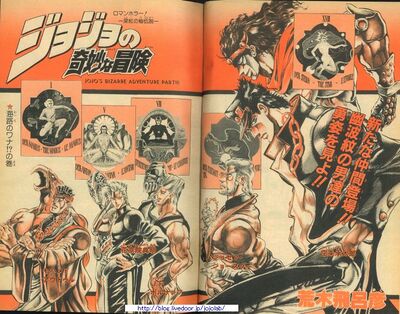 Dark Blue Moon, Part 1 ( その①, Dāku Burū Mūn Sono 1), originally A Maritime Trap?! (海路のワナ!?, Kairo no Wana!?) in the WSJ release, is the fourteenth chapter of Stardust Crusaders and the one hundred twenty-seventh chapter of the JoJo's Bizarre Adventure manga.

Author's Note
“
Next week I'm off on a research trip! That's why this week's schedule will be packed! Here I go!
”
—Hirohiko Araki
“
来週は取材旅行に出発！そのため今週はハードスケジュール！がんばるっきゃない！！
”
—Hirohiko Araki