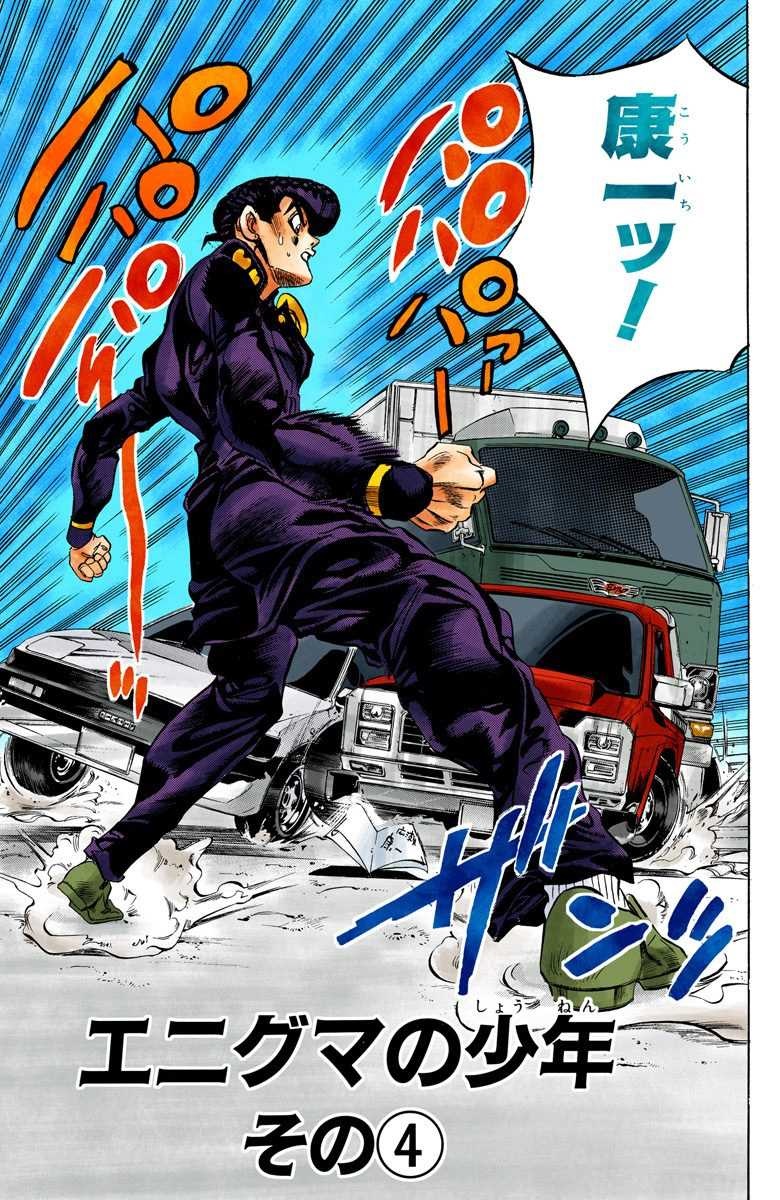 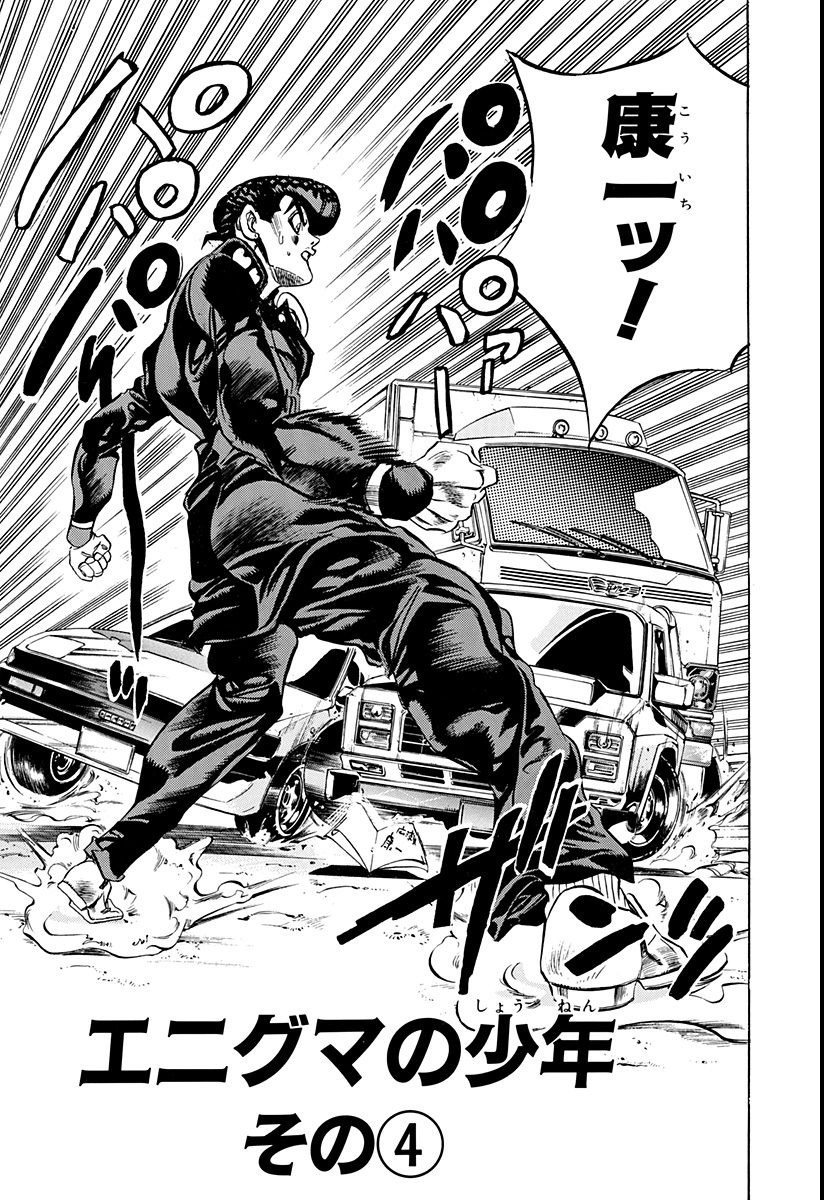 Terunosuke is relieved that he succeeded, and tells Yuya that when he's afraid, he touches his chin. The smart thing for Yuya to do would be to stay neutral since he would be taken out easily by Enigma. Terunosuke then reveals a large piece of paper which a taxi containing a driver pops out of. The driver is confused as to how he got there, but Terunosuke asks him to drive to Morioh Grand Hotel.