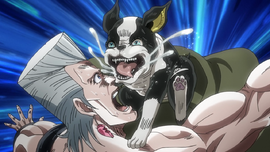 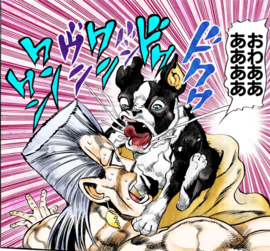 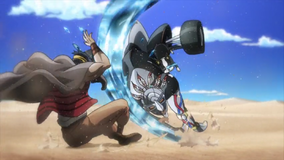 After the Stand user is pointed out to be sleeping on the back seat of the helicopter, Polnareff wonders how this is possible considering only a blanket lies there. It is then that the pilots tell Polnareff that the user is under the blanket, to which he starts laughing about their height while slapping the seat. The Stand user then wakes up and engages in battle with Polnareff.