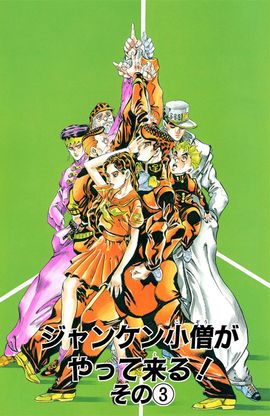 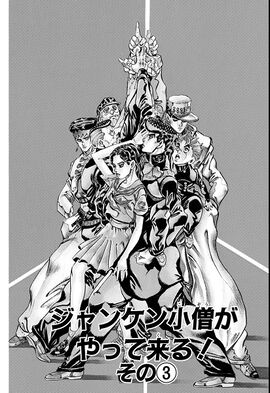 As Heaven's Door is being stolen out of Rohan by Ken, Rohan turns Ken into a book, writing "I cannot attack Rohan Kishibe" on him and separating both.

The now unconscious Ken is investigated once again by Rohan, who discovers that he now has a Stand: Boy II Man, which steals the energy of a Stand user when he wins against them in a game of rock paper scissors. Suddenly, Rohan's command is modified and Ken wakes up. As he stole one-third of the energy and power from Heaven's Door, Ken is slightly able to use its ability.

Rohan is unable to attack Ken since his right arm is also under control but knows that the rock paper scissor game consists of five rounds; two of which he's already won. Ken is unfazed and begins to claim that he may be throwing the "lucky paper" and begins the fourth round. Unfortunately, Rohan has fallen for Ken's trick and used rock against paper, meaning he's lost a second time.