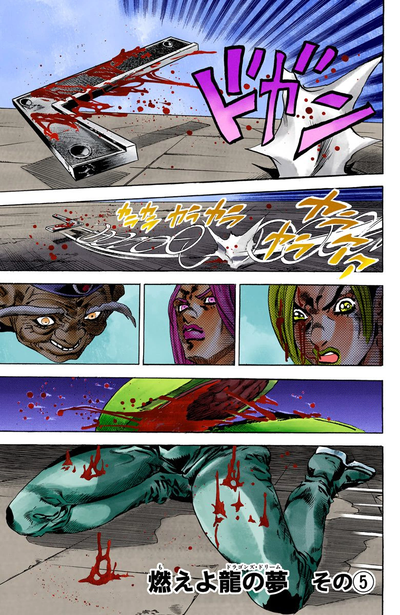 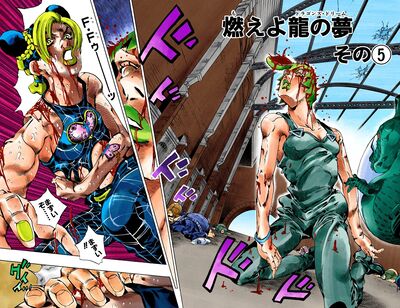 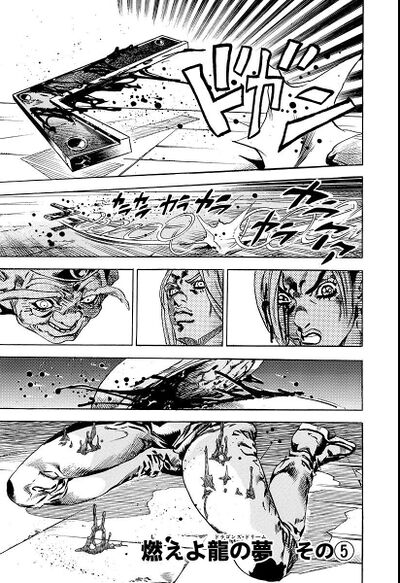 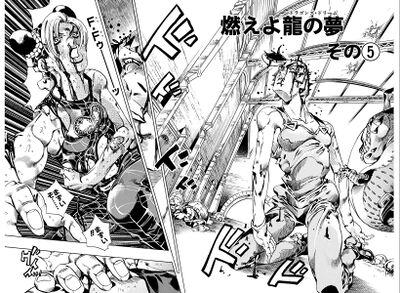 Because she was standing at an unlucky point, F.F.'s head is split open by the blade of a falling exhaust fan. Anasui confirms that there is no way of defending against unlucky spots and alerts Jolyne that she will be Kenzou's next target. Jolyne is concerned that F.F. is running out of water.

Thinking F.F. to be dead, Kenzou moves to fight Jolyne. F.F. shoots at him, and since he had moved out of the lucky zone, Kenzou gets hit by the bullets. She decides that she will need a mirror in order to force Kenzou out of his lucky spot. Kenzou reminisces his days of being a cult leader; after being sentenced to prison, he lost all respect people had for him; which he plans to get back after defeating F.F. Kenzou kicks at her, but she flips backwards to avoid the attack.

F.F. runs toward a hose in order to restore her water supply, and Jolyne commands Anasui to help her. Anasui refuses, stating that his services are only for Jolyne, and that F.F. ordered him to stay by Jolyne until the end. F.F. tries to turn the hose on, but Dragon's Dream appears under it, warning that she is on her unluckiest spot. In a last ditch effort, she punches Dragon's Dream, separating both arms from her torso.