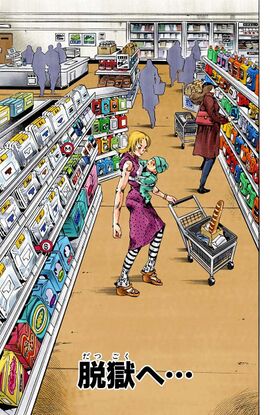 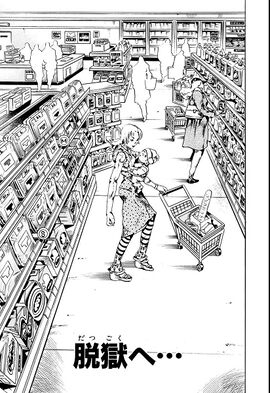 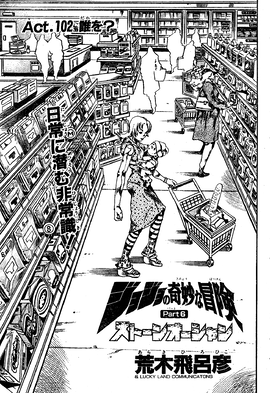 Escape... (脱獄へ..., Datsugoku e...), originally Who? (誰を？, Dare o?) in the WSJ release, is the one hundred second chapter of Stone Ocean and the six hundred ninety-sixth chapter of the JoJo's Bizarre Adventure manga.

Looking unwell, to the worry of a store manager, Pucci leaves, pondering about DIO's plan. Around Pucci are happening strange phenomenon, such as a wristwatch accelerating unnaturally or a baby half-grown into an adult.