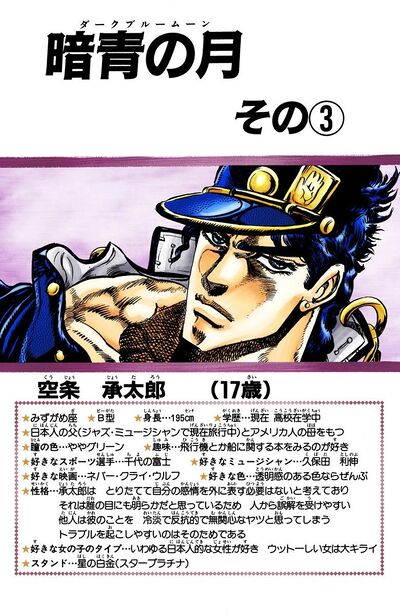 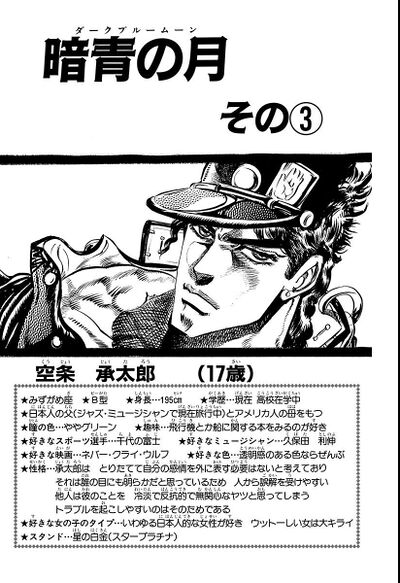 The Impostor Captain Tennille is taken away by the sea while Jotaro tries to pull Anne back to the boat. Jotaro begins to have trouble, as several barnacles are attached to Star Platinum's arm, sucking the Stand's strength away. Dark Blue Moon pulls Jotaro back into the water, but not before Kakyoin saves the girl. Jotaro tries to swim back to the surface but is prevented by a whirlpool created by Dark Blue Moon. Kakyoin tries to jump into the water but is also prevented by Dark Blue Moon's razor-sharp scales, which cut Hierophant Green's hand.

Star Platinum is now covered by barnacles that continue to drain his strength, so Jotaro focuses all his power into his fingers and uses Star Finger, extending two fingers into two of Dark Blue Moon's eyes. Jotaro then rips off half of the Stand's head, claiming that the impostor will become sashimi.