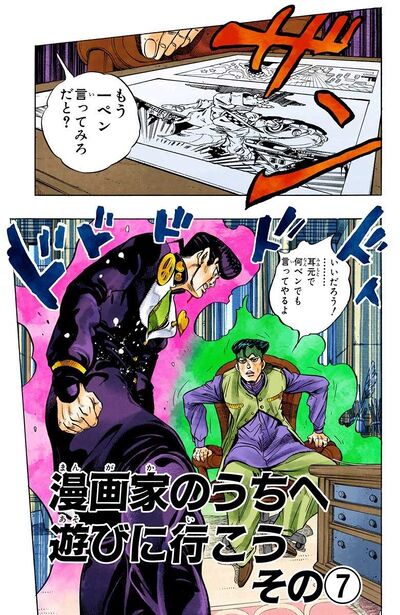 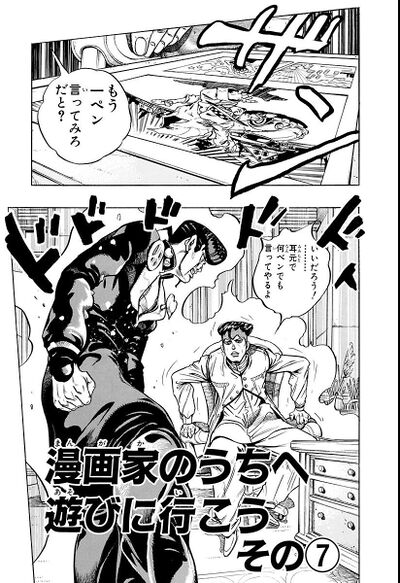 Let's Go to the Manga Artist's House, Part 7 (漫画家のうちへ遊びに行こう その⑦, Mangaka no Uchi e Asobi ni Ikō Sono 7), originally The Reason Behind His Hairstyle! (髪型の！, Kamigata no Wake!) in the WSJ release, is the fifty-ninth chapter of Diamond is Unbreakable and the three hundred twenty-fourth chapter of the JoJo's Bizarre Adventure manga.

Rohan grabs a pen and starts to draw, saying that it makes a wonderful story. Josuke then spots him and continues punching him. The ending sidenote reveals that Rohan's manga, Pink Dark Boy, will be on hiatus for the next month.