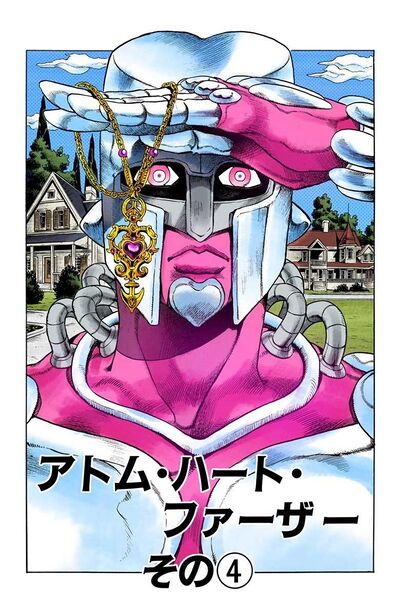 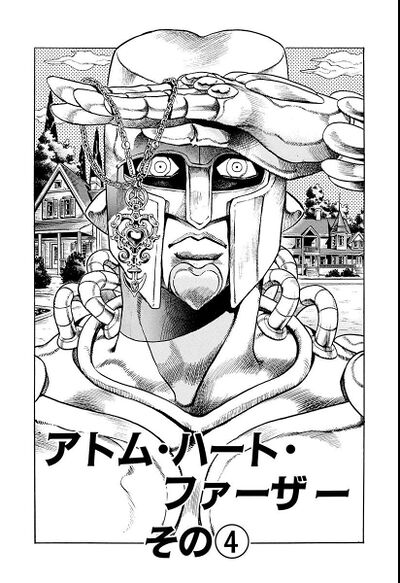 Atom Heart Father, Part 4 (アトム・ハート・ファーザー その④, Atomu Hāto Fāzā Sono 4), originally Why Is It Here...?! (なぜここに…!?, Naze Koko ni...!?) in the WSJ release, is the one hundred third chapter of Diamond is Unbreakable and the three hundred sixty-eighth chapter of the JoJo's Bizarre Adventure manga.