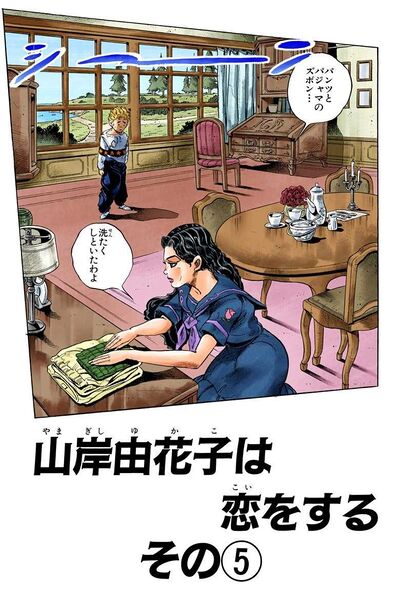 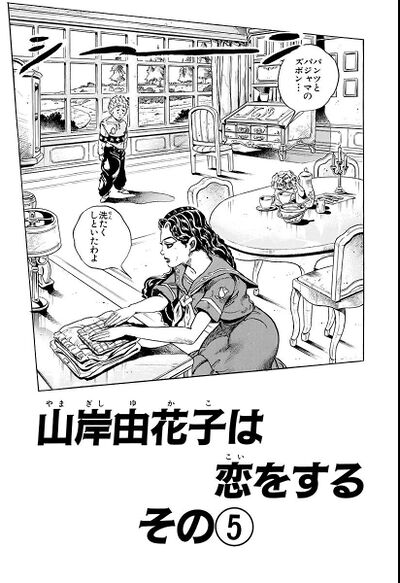 After a while, Koichi has changed clothes and Yukako cleaned his old ones as he wetted himself. Koichi expresses his shame and at the same time, tries to persuade Yukako that he doesn't deserve her love and she ought to let him go. However Yukako is still deaf to his pleas and tells him that she still believes in him; in fact, she feels that Koichi is hiding another side of himself, unwittingly referring to the latter's Stand: Echoes. She then reveals an electric chair in the next room she is building for dinner and talks about cooking Italian tonight, so she leaves Koichi to go buy olive oil.

This is the last straw for Koichi, who begins to search for a way to escape. Since he doesn't know the range of Love Deluxe, he opts to try to contact Josuke, only to find all the telephone lines cut off. But Koichi remembers that Yukako mentioned buying olive oil, and suspects that she will try to order it with a phone booth, as she should be unwilling to leave Koichi alone for long. Sending Echoes up in the air, he sees a phone booth which is fortunately just in range for his Echoes. However, another problem arises as Echoes reach the booth: he cannot pay for the call. Having been kidnapped, and knowing calling the police is useless, Koichi finds himself stuck. Suddenly Yukako appears at the window, startling Koichi who hides Echoes in fear. She easily deduces Koichi's intentions but also that he has no way of calling anyone of help. Nonetheless, she decides to destroy the urgency button after her call just to be sure.

Yukako goes to the phone booth, but as she puts the coins into it, she notices markings on her arm. It is Echoes who has planted dial tones on her without her noticing. The markings make beeping noises which has the phone call the Higashikata residence, and Josuke picks up his phone. Before Yukako can hang up, Josuke still deduces that Koichi has found a way to contact him and notices the sound of the waves in the background. Yukako is furious as she realizes Koichi has a Stand, too. Koichi now has to survive until Josuke arrives.