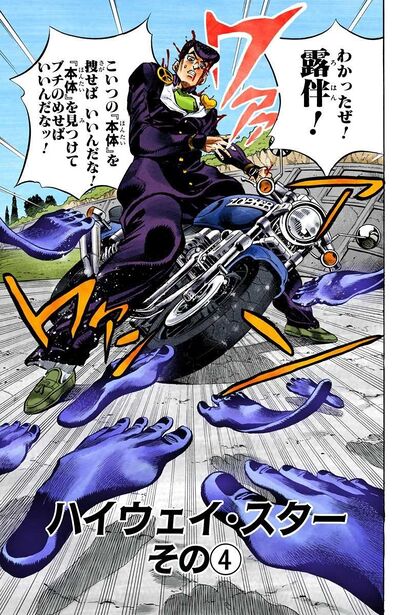 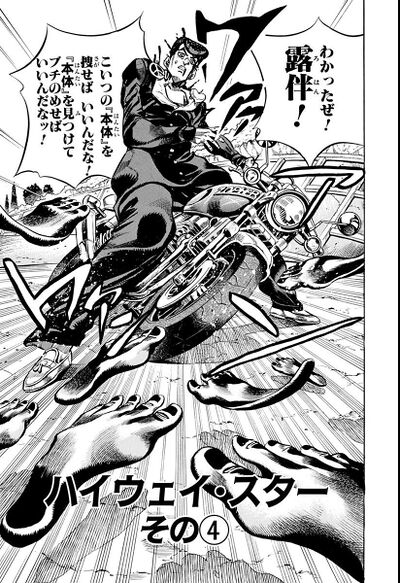 Highway Star, Part 4 (ハイウェイ・スター その④, Haiwei Sutā Sono 4), originally I Have to Go Straight Through! (突っ切るしかない！, Tsukkiru Shikanai!) in the WSJ release, is the one hundred twenty-second chapter of Diamond is Unbreakable and the three hundred eighty-seventh chapter of the JoJo's Bizarre Adventure manga.

Josuke is now pursued by Highway Star and must find the user quickly. He starts off Rohan's motorcycle and flees from the enemy Stand, keeping his speed above 60 kmph to outdistance Highway Star. Since it is a long distance Stand, Josuke figures that Rohan should still be alive. He then begins to think about the potential location of the enemy Stand, deducing that it might be in relation with the twin forests tunnel.