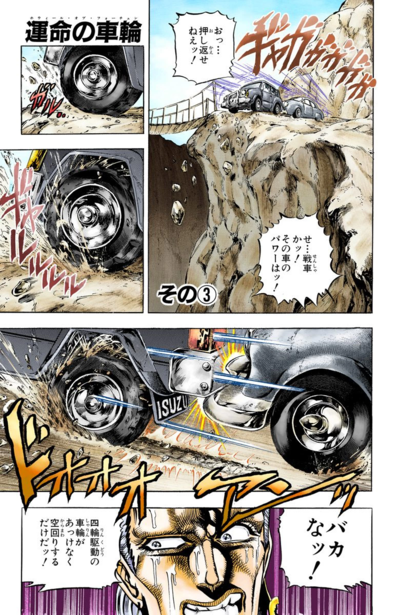 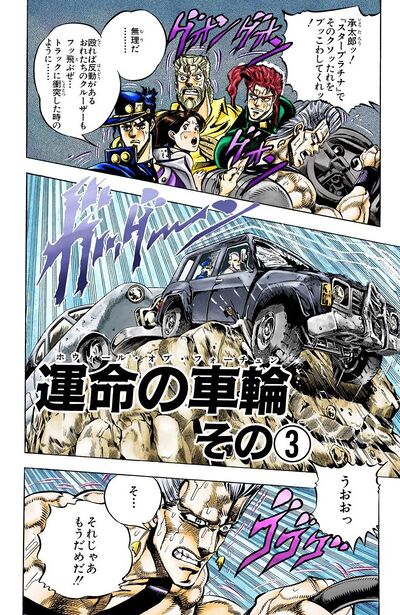 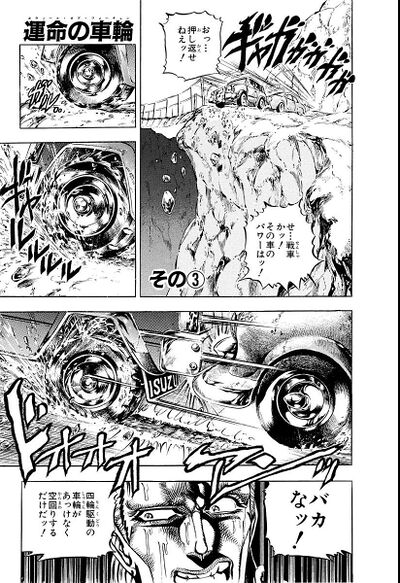 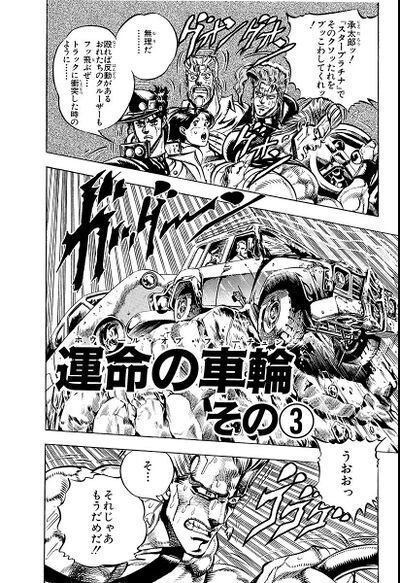 Wheel of Fortune, Part 3 ( その③, Howīru Obu Fōchun Sono 3), originally On the Verge of Battle! (土俵際の戦い！, Dohyōgiwa no Tatakai!) in the WSJ release, is the thirty-ninth chapter of Stardust Crusaders and the one hundred fifty-second chapter of the JoJo's Bizarre Adventure manga.

The Joestar group is getting pushed over a cliff and can't do anything to leave the car without falling down the cliff. Kakyoin calls Hierophant Green and grabs the jeep's harness as it falls. He puts a hook into Wheel of Fortune and lets Star Platinum punch the car, making it the one to fall over and be destroyed in place of them. They wonder how the apparently normal car was able to ambush them, only to get the response through the radio: ZZ, the driver, reveals he has a Stand named Wheel of Fortune and comes out of the earth inside of his smashed car. Jotaro notes that his Stand might be bounded to the car just like Forever's Strength was bound to an ocean liner. Wheel of Fortune repairs itself and runs towards Jotaro. He decides to confront the Stand despite not knowing its abilities, and is surprised by a seemingly invisible piercing attack hitting his shoulders.