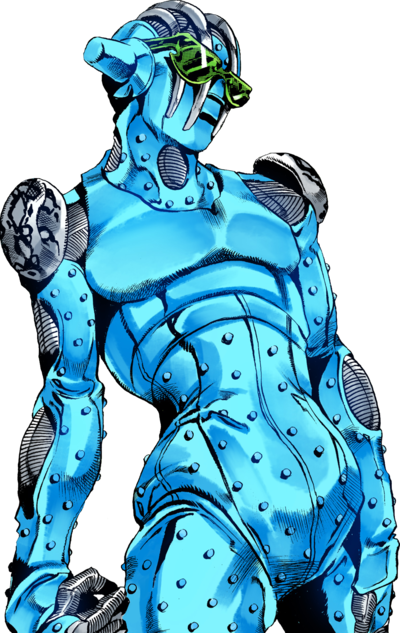 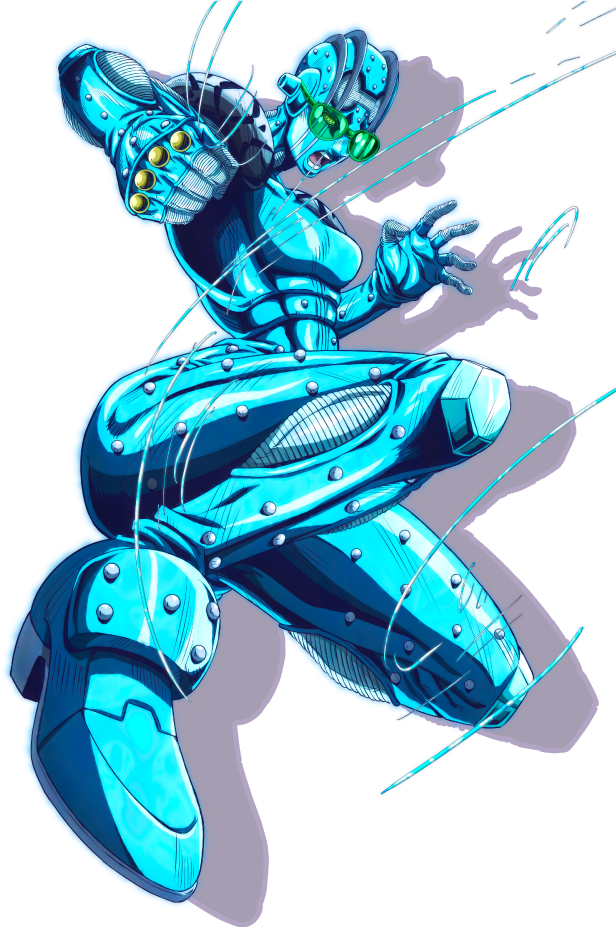 Destructive Power
A
Speed
B
Range
C*
Stamina
A
Precision
C
Developmental Potential
A
A
B
C
D
E
※(Range: 1-2m)
A: Very Good
B: Good
C: Average
D: Poor
E: Very Poor
This Stand is referred to as "Stone Ocean" in the localization. For other usages of the term, see the disambiguation page.
“
Didn't you say that everything should have a name? I want to give her a name too... Stone Free... because I want to be free from this 'stone ocean'!
”
—Jolyne Cujoh, SO Chapter 9: Stone Free, Part 2

When Stone Free's string is completely wound or compacted, it is very strong; the destructive force of its punch roughly equivalent to that exerted by a small, extremely fast meteor.[4] It is also fast enough to deflect several bullets aimed at it.[5] Due to Stone Free's integrated ability of her own body becoming her Stand power, Jolyne has been shown to be able to physically touch and harm Stands, despite herself being human.[6]