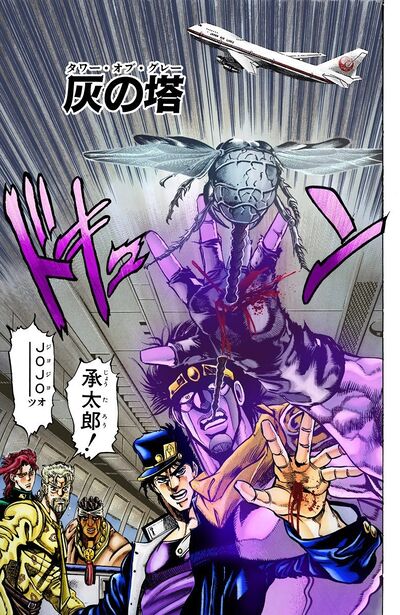 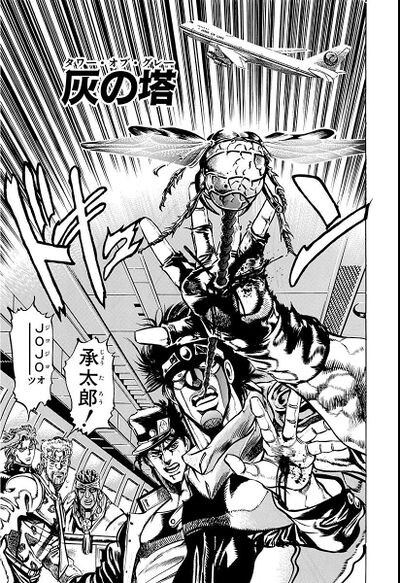 Tower of Gray (, Tawā obu Gurē), originally Strange Insect Attack! (奇虫襲撃！, Kimushi Shūgeki!) in the WSJ and tankobon releases, is the tenth chapter of Stardust Crusaders and the one hundred twenty-third chapter of the JoJo's Bizarre Adventure manga.

Kakyoin, fearing that Magician's Red and Star Platinum would endanger the passengers, decides to fight him alone. He throws several Emerald Splashes at the Stand, but it dodges them all. While Tower of Gray is about to finish him, Hierophant Green uses the tentacles he had hidden under the seats to pierce through the bug-like Stand. A bug-shaped wound appears on the Stand user's tongue, then his head and tongue split in two. He was an old man, a passenger of the plane.