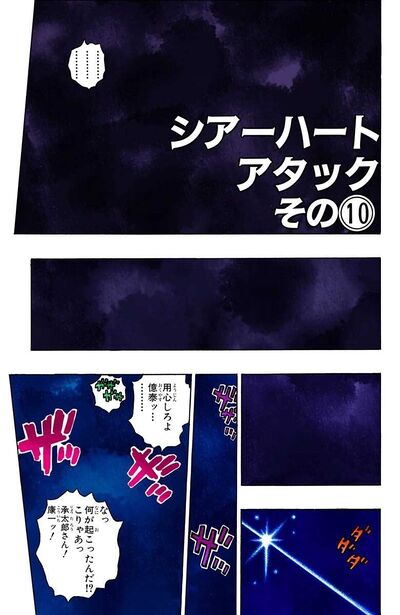 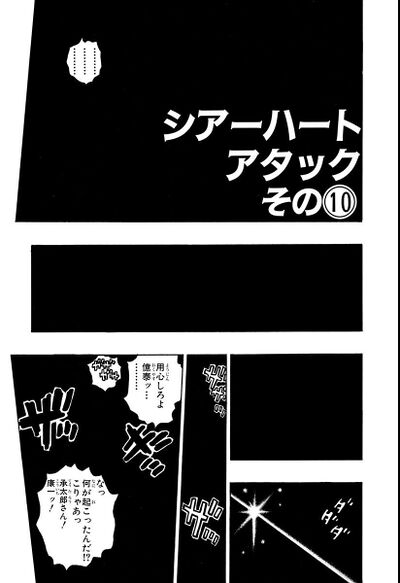 Kira slowly regains consciousness, hearing the protagonists talk to each other. When he opens his eyes, Kira sees Josuke heal Koichi and Jotaro and tries to flee. However, Josuke and Okuyasu catch up to him and confront him. Kira opts to pretend to be a normal person caught up in the fight and tells Josuke that the shop exploded due to a gas leak, giving the impression that he isn't a Stand user. He then plays up his injuries as Koichi and Jotaro will heal and give him away and asks Josuke to fix him up.

This proves to be a mistake as Josuke understands that only a Stand user would understand what he's done to his companions, and as Jotaro stands up, Kira is now cornered. He admits his temporary defeat and uses Killer Queen to cut off his left hand, now unleashing Sheer Heart Attack as he flees. Crazy Diamond proves to be as unable to destroy it as Jotaro, but Josuke simply fixes the Stand back into the hand. Then he fixes Kira's severed hand back into Kira's body, using it to follow Kira.