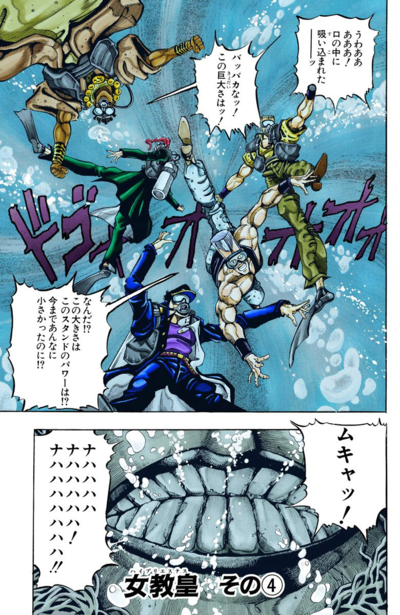 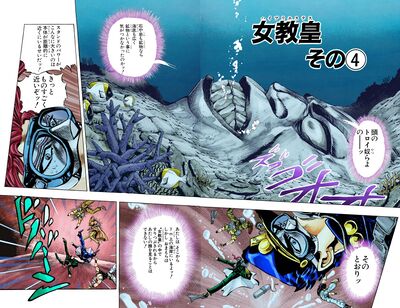 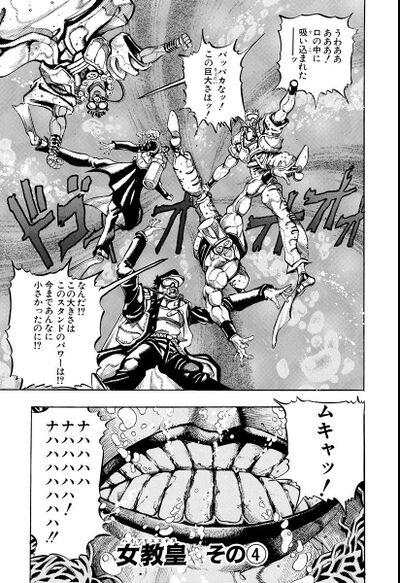 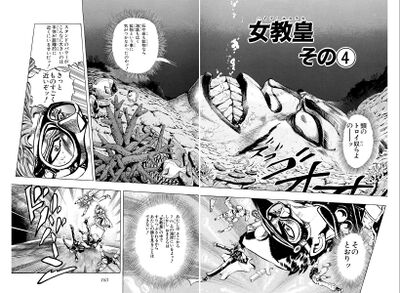 Author's Note
“
The tendons in my neck got stiff while I was sleeping, and they hurt. And the pain I got from hunching my neck down while drawing manuscripts was awful.
”
—Hirohiko Araki
“
寝違えて首の筋を痛めた。痛くて下を向かいので、原稿をかくのが大変だった。
”
—Hirohiko Araki