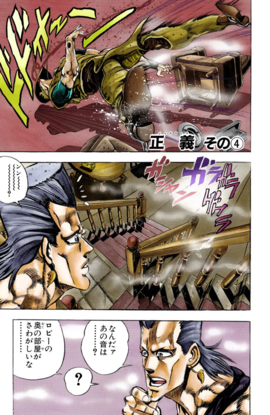 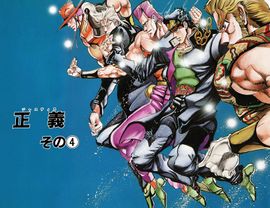 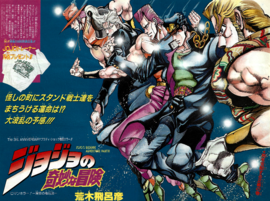 Polnareff hears the gunshot from Emperor and goes to investigate. Enya distracts him while using Justice to hide Hol Horse's body.

Polnareff becomes worried that Enya seems lonely without a family, and asks her what happened to them. As she struggles to contain her emotions, Polnareff tries to comfort her, unaware that this only angers her more. About to collapse, she tells him her son is dead, and Polnareff says that she can pretend to be his mother to feel better. Losing control, Enya grabs a pair of scissors to kill Polnareff, but a wounded Hol Horse appears, still alive and trying to warn him about Enya. She attacks Polnareff, but he manages to avoid it. He is then surrounded by a crowd of corpses controlled by Justice, including the impaled dog Jotaro saw earlier, the dead traveler, and the citizens of the town. Hol Horse warns Polnareff not to let himself get wounded.