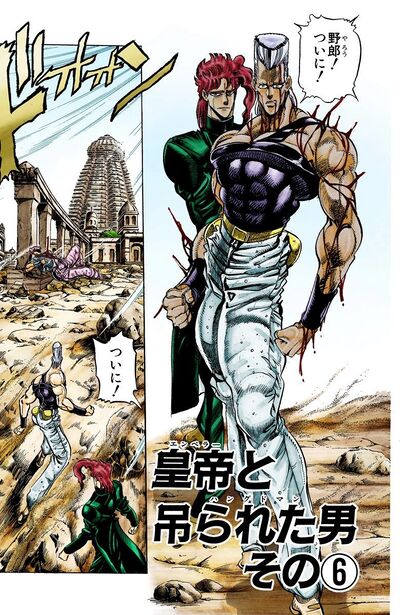 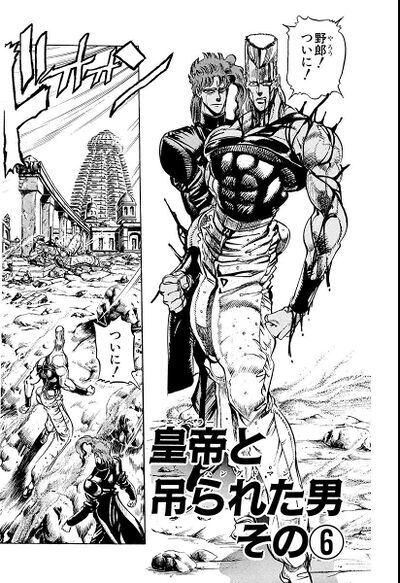 Emperor and Hanged Man, Part 6 (と その⑥, Enperā to Hangudo Man Sono 6), originally A Shiny Gold Coin (ピカピカの金貨, Pikapika no Kinka) in the WSJ release, is the thirty-second chapter of Stardust Crusaders and the one hundred forty-fifth chapter of the JoJo's Bizarre Adventure manga.

Author's Note
“
Next week's issue will have colored pages, so the schedule will be a bit stressful. They're entertaining to draw though, so I don't mind doing them.
”
—Hirohiko Araki
“
来週は巻頭カラーでが大変！でも、色原稿は書いていて楽しいから好きです。
”
—Hirohiko Araki