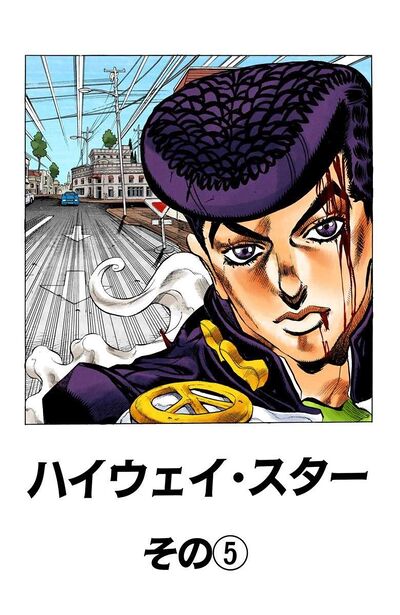 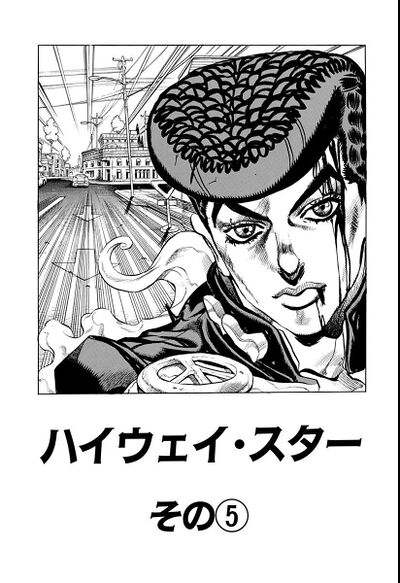 Highway Star, Part 5 (ハイウェイ・スター その⑤, Haiwei Sutā Sono 5), originally Today Is Just Not My Day! (今日はツイてない！, Kyō wa Tsuitenai!) in the WSJ release, is the one hundred twenty-third chapter of Diamond is Unbreakable and the three hundred eighty-eighth chapter of the JoJo's Bizarre Adventure manga.

Josuke steals a cell phone from a passerby who was about to conclude an important deal, but breaks it. Fortunately, Josuke finds a second passerby with a cell phone, who was trying to fix his relationship with his girlfriend. Josuke steals his cell phone too, this time managing not to break it. Meanwhile, Koichi is about to go walk his dog Police when the Hirose residence receives a phone call. Koichi picks up the phone and immediately goes to work in order to find the enemy Stand user.

Josuke, unable to make any U-turn to go back to Koichi, tells him that the enemy has a connection with the Twin Forests Tunnel, prompting Koichi to search in the news, and finds that there has been an accident in the tunnel involving a biker gang. Koichi deduces that the mystery accident victim, now hospitalized at the Grape Hills Hospital, must be the Stand user.

Suddenly, Josuke realizes that he is in the harbor and the sea is just before him. He has no choice but to make a dangerous turn, but after he barely manages to turn, Josuke sees that he is still driving toward the water. Cornered, Crazy Diamond breaks a concrete wall and partially repairs it to use as a shield against Highway Star. In a tight spot, Josuke tells Koichi to head to the Grape Hills Hospital.