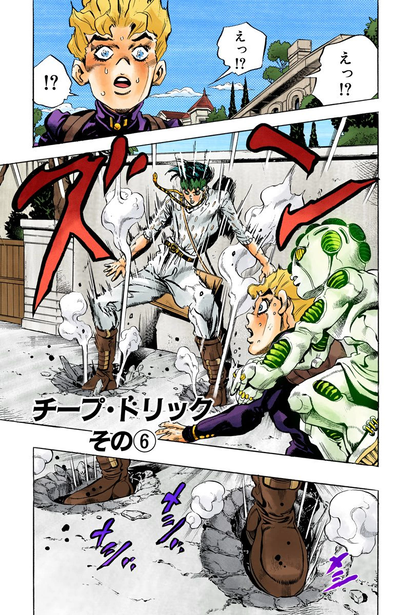 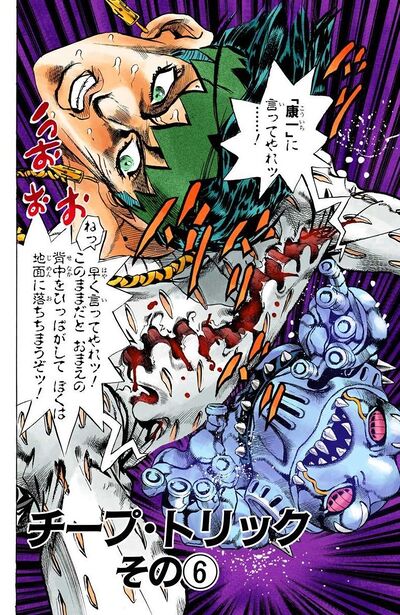 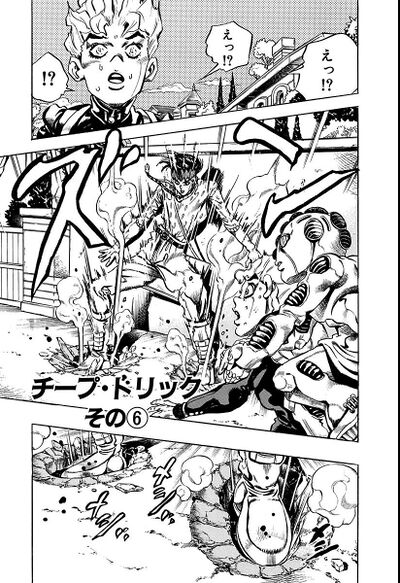 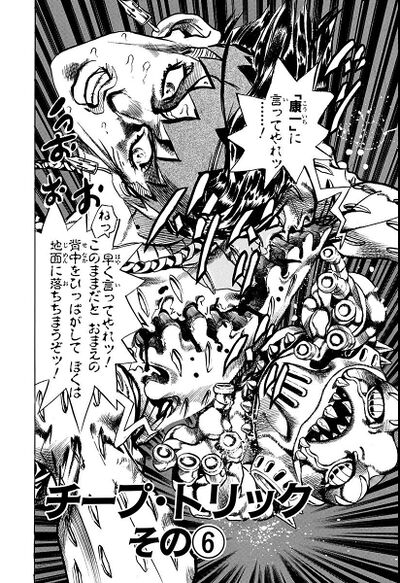 Cheap Trick, Part 6 (チープ・トリック その⑥, Chīpu Torikku Sono 6), originally Those Who Take Away Souls! (魂を連れ去る者！, Tamashī o Tsuresaru Mono!) in the WSJ release, is the one hundred fifty-second chapter of Diamond is Unbreakable and the four hundred seventeenth chapter of the JoJo's Bizarre Adventure manga.

Despite Koichi's intervention, Cheap Trick cannot be ripped off Rohan's back. Since Rohan also feels the effect of the weight increase, Koichi has to cancel his ability. Cheap Trick reveals its voice to Koichi, saying that there is no way Rohan can take it out without ripping his own back. Cheap Trick now only has to wait for Rohan to eventually exhaust himself and fall asleep. Appearing desperate, Rohan begins to madly laugh and decides to show his back to Koichi.

Koichi now sees Cheap Trick hanging on Rohan's back, who gloats before preparing to kill Rohan in order to make Koichi its new host. It turns around and looks back at Koichi. What Cheap Trick doesn't realize however, is that it looked behind itself in the ghost alley, and multiple hands appear from the void to peel Cheap Trick off Rohan's back. Rohan used the mystical property of these hands to get rid of the Stand and explains to the panicking Cheap Trick that it's headed for the afterlife now. For good measure, Rohan writes that its destination is Hell despite not knowing if it exists, and the Stand disappears forever.

Now out of the ghost alley, Rohan and Koichi meet with Reimi, who looks at the photos which have fallen on the ground and discovers Hayato may be linked to one of Rohan's suspects: Kosaku Kawajiri.