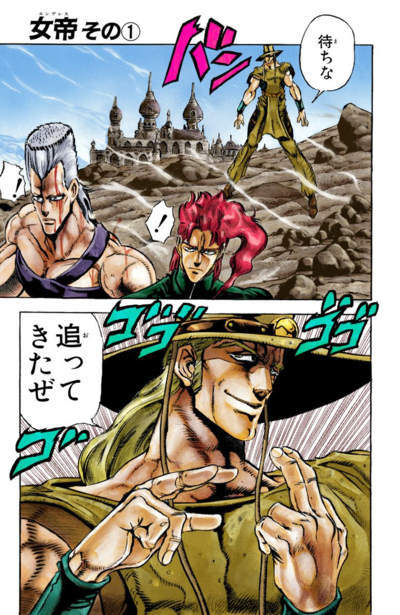 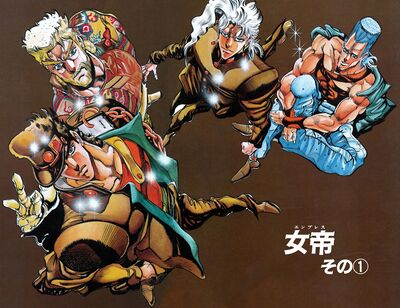 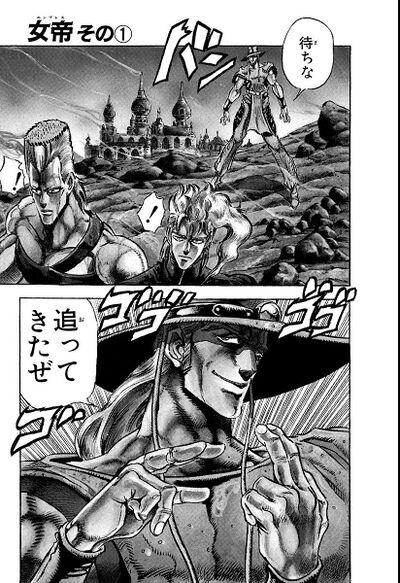 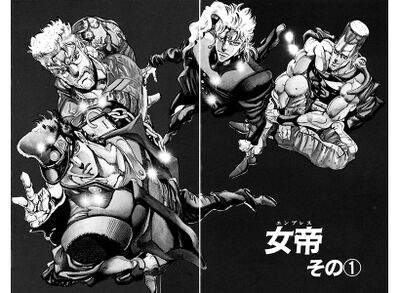 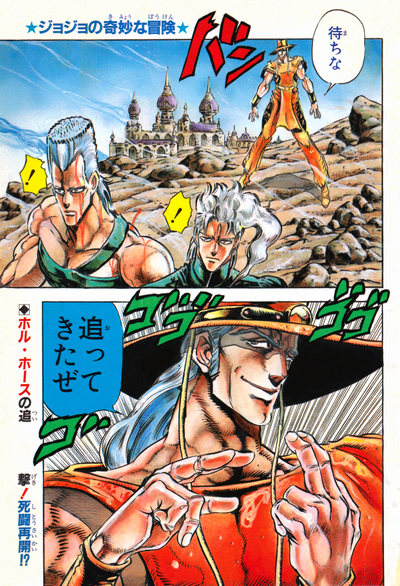 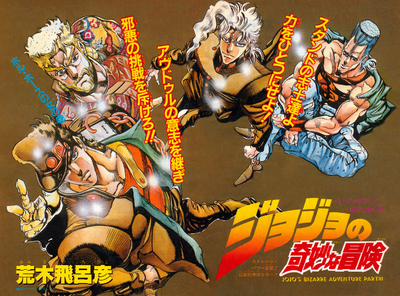 Author's Note
“
What'd you think of the colored pages? I'd like to do as many colored manuscripts as my schedule allows, so please support me. After work, I like to relax and recover while reading stuff like my favorite Koontz novels.
”
—Hirohiko Araki
“
巻頭カラーはいかがでしたか？スケジュールがゆるすかぎり、色原稿は描きたいので、応援よろしくお願いします。仕事の後は、大好きなクーンツの小説など読みながら、束の間の休息をとって充填してます
”
—Hirohiko Araki