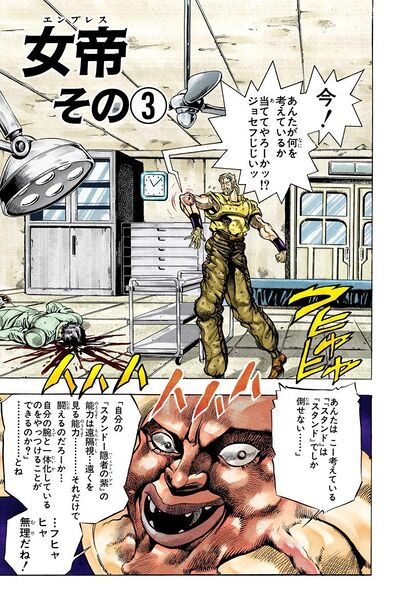 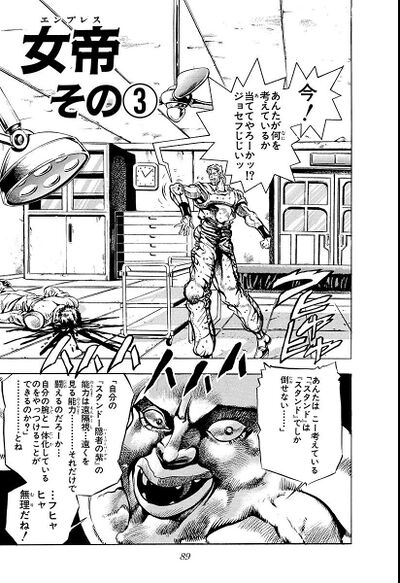 Empress, Part 3 ( その③, Enpuresu Sono 3), originally Leeching Off a Parent's Arm! (親の腕かじり！, Oya no Ude Kajiri!) in the WSJ release, is the thirty-fifth chapter of Stardust Crusaders and the one hundred forty-eighth chapter of the JoJo's Bizarre Adventure manga.