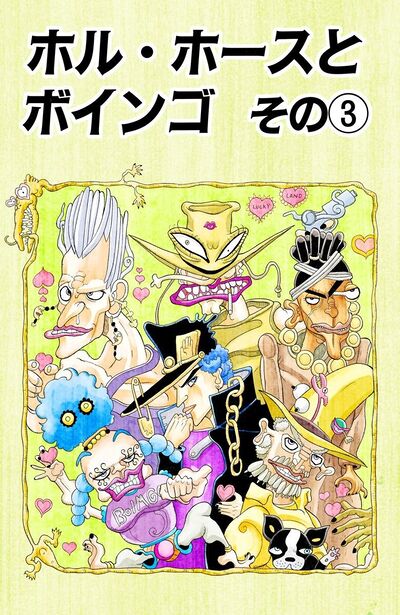 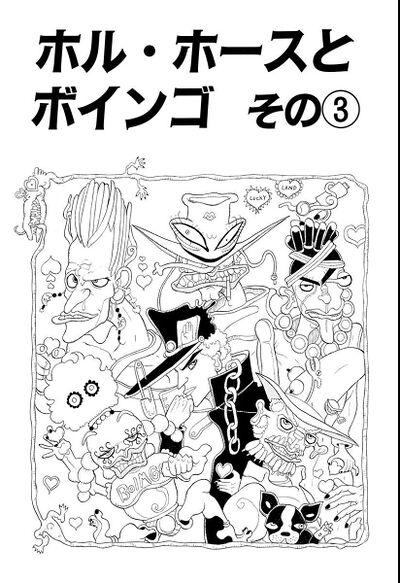 Hol Horse and Boingo, Part 3 (ホル・ホースとボインゴ その③, Horu Hōsu to Boingo Sono 3), originally The Predictions are Absolute (予知は絶対, Yochi wa Zettai) in the WSJ release, is the one hundred sixth chapter of Stardust Crusaders and the two hundred nineteenth chapter of the JoJo's Bizarre Adventure manga.

Following Tohth's prediction, Hol Horse sticks his fingers up Polnareff's nose. According to the prediction, the Joestar group should all pass out, but Hol Horse does not know what to do until then. Polnareff tries to attack, but Hol Horse holds Emperor to his head and hides behind him as the rest of the group approaches. Being held at gunpoint, Polnareff pretends to mislead them while using his tongue to hint that Hol Horse is behind him. With much effort from both parties, Avdol is eventually able to understand Polnareff's pleas for help. Hol Horse attempts to attack, but Polnareff sneezes and dodges it. Silver Chariot strikes Hol Horse, knocking him to the ground. He falls into some pots of oil and causes them to spill onto the road. This causes a speeding truck to lose control. The truck hits the group, causing them all to pass out.