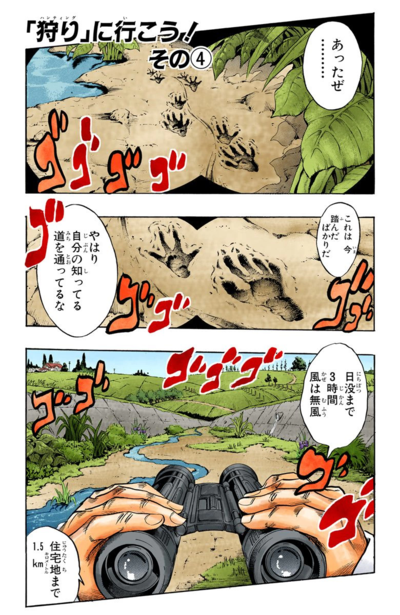 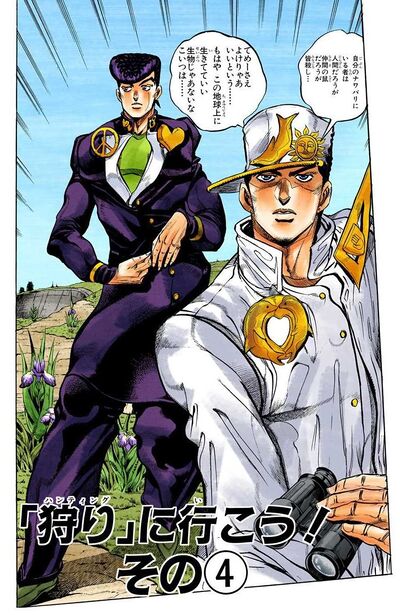 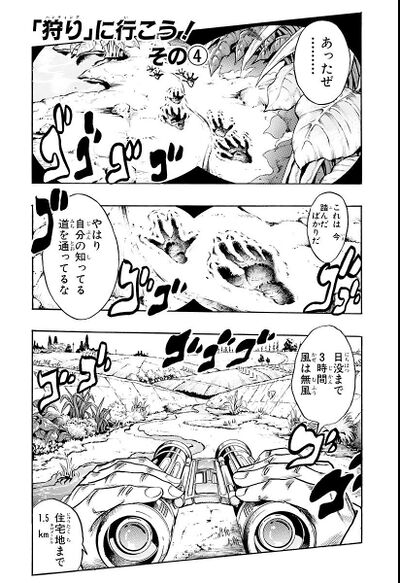 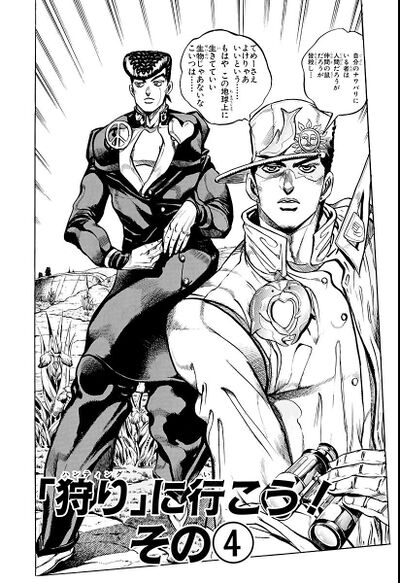 Jotaro and Josuke follow the trail back to the canal, and after observing a record of the rat avoiding the traps thanks to a camera they set up earlier, Jotaro dubs the rat Bug-Eaten due to its chewed out ear. Jotaro reveals that he's brought four rifle bullets, which increase the Stands' range to 50 meters. When Josuke says he's not confident in his capacity, Jotaro keeps all the bullets for himself; Josuke then protests a little against Jotaro's lack of trust, and is subsequently given two bullets out of the blue, adding to his pressure. They follow the tracks, Jotaro noting that Bug-Eaten is anxious, and Josuke momentarily ridicule himself by trying to cross a pond with his shoes and socks off as to not soak them, only to drop them into the water when Jotaro comments on the leeches in the water.

Several meters further the trail has disappeared, and Jotaro understands that Bug-Eaten led them into the open so it could snipe them from the surrounding hill, hidden in the high herbs and rocks. Josuke sees a strange piece of wood in the herbs and tries to grab it, but hurts his hand since it is one of the traps Jotaro set up earlier. Bug-Eaten shoots at the distracted Josuke and hits his throat, but Star Platinum stops time and extracts the dart out of Josuke. The duo has now located the general direction of Bug-Eaten's hiding spot and focus their attention here.