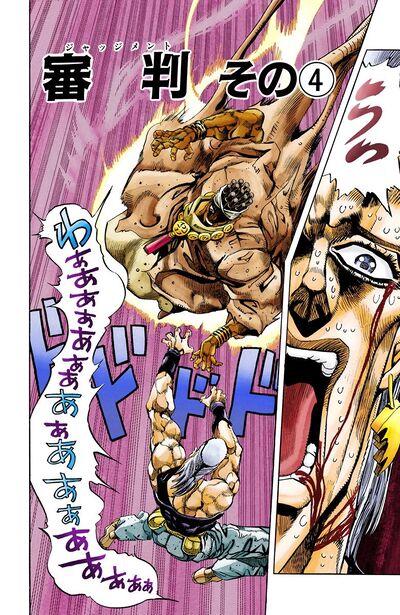 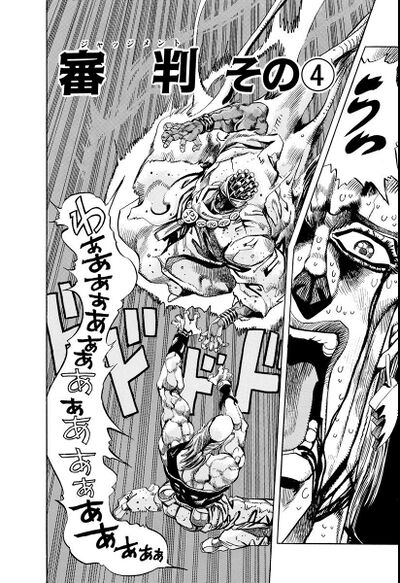 Judgement, Part 4 ( その④, Jajjimento Sono 4), originally Two Avdols (二人のアヴドゥル, Futari no Avuduru) in the WSJ release, is the sixty-fourth chapter of Stardust Crusaders and the one hundred seventy-seventh chapter of the JoJo's Bizarre Adventure manga. 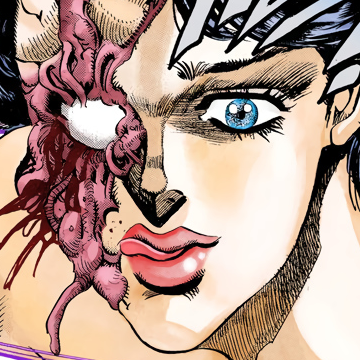 Author's Note
“
My 30s are sneaking up on me. Will the weekly serialization become too fast for me as a I grow old?!
”
—Hirohiko Araki
“
いつのまにか30歳になってしまいました。週刊連載していると年をとるのが早い！？
”
—Hirohiko Araki