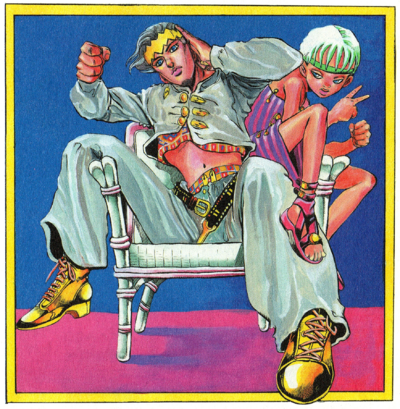 An adaptation of the story arc was produced as a TV Drama and broadcasted on December 27, 2022.

Rohan is challenged in a series of games of rock-paper-scissors by Ken Oyanagi, user of the new Stand Boy II Man. Rohan refuses but Ken harasses him into accepting a game. On the verge of losing, Rohan manages to use Shizuka to help him win. He then completely defeats Ken in their game of rock-paper-scissors fair and square.[1]