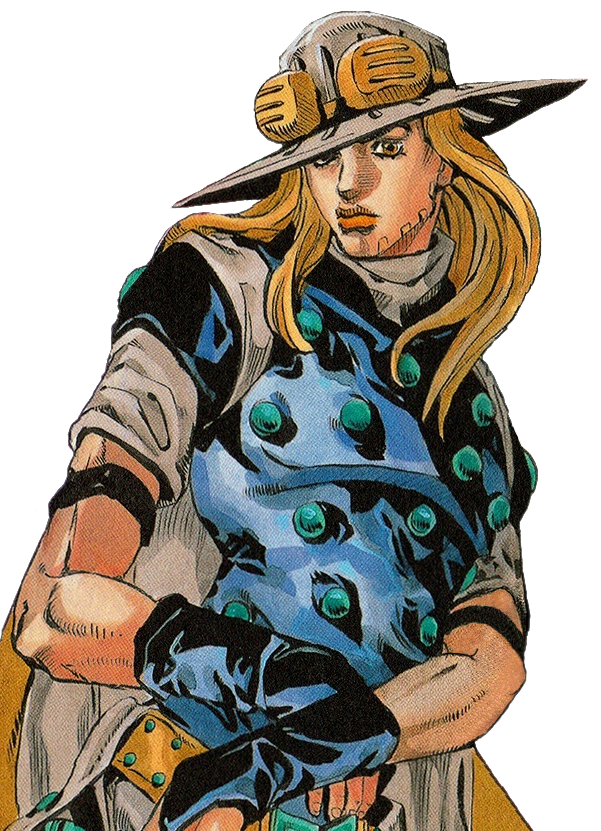 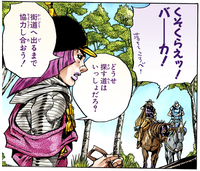 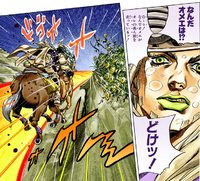 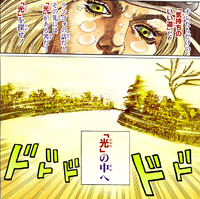 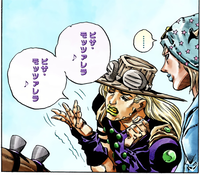 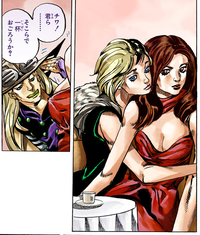 The tentatively named Scan (スキャン, Sukyan) is an ability that Gyro temporarily awakens to after possessing the Corpse's right eye. The word TURBŌ is inscribed on Gyro's iris, behind it a diagonally oriented cross; with a cross pattée emerging from the bottom-outside of his eye, on his cheek, to begin with. A single eye appears within each of Gyro's active Steel Balls, staring outwards, also marked on the iris.