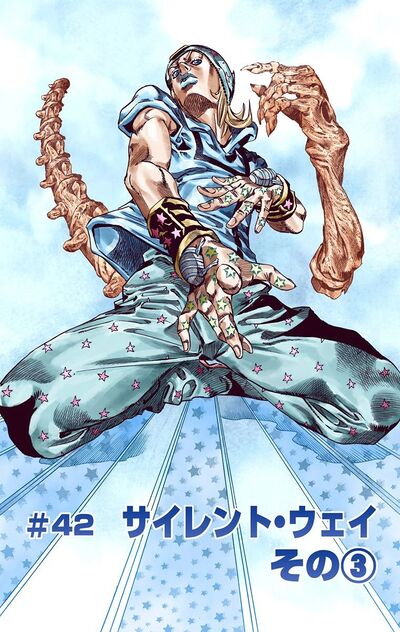 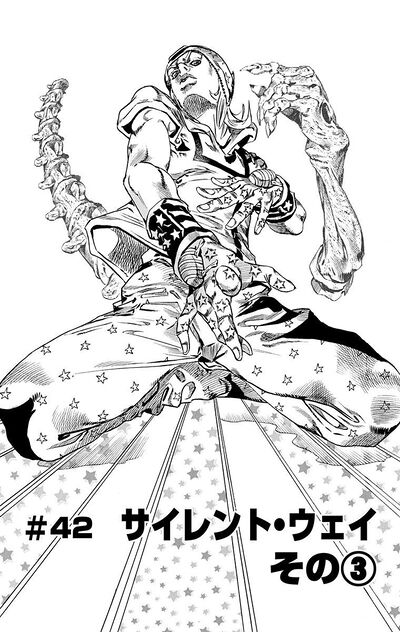 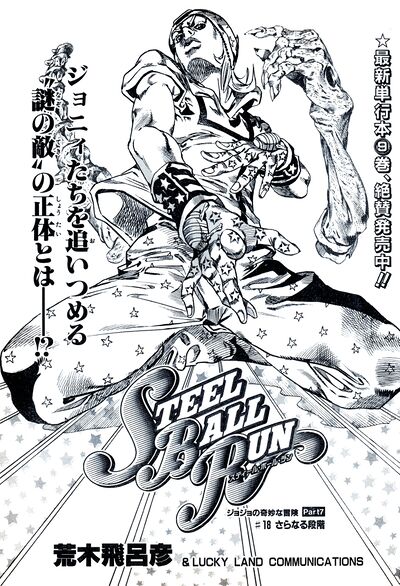 A flashback details the past of Jonathan "Johnny" Joestar.

Johnny was born in a family of horse-racers, his father George Joestar having won the Triple Crown Race seven times and retiring to be a horse breeder. Johnny then spent some years in England due to his father's work. Johnny then adopted a wild mouse, naming it Danny, but when George surprised Johnny taking it a table, he ordered it being drown. However Johnny's big brother Nicholas Joestar helped him fake Danny's death and set the mouse free. Some time later, when Nicholas was trying to ride a particularly wild horse, he fell, the horse having suddenly reared, Diego Brando claimed it was spooked by a mouse. Nicholas, who Johnny idolized and was really close to, died from his wounds. Several years later, even if Johnny was an accomplished jockey, his father missed no occasion to look down on him and was clinging to Nicholas' memory, even going as far as to fight Johnny over his old boots. Injured in the struggle, George disowned Johnny and claimed that God took the wrong son. This broke Johnny's heart. For years Johnny shut his feeling and believed that the horse had been spooked by a mouse and that the mouse was Danny, making him responsible for Nicholas' death. He subsequently believed that he should have died instead and that Fate was making him pay by throwing him into despair after making him taste ephemeral pleasures. Transitioning into the present, Johnny silently tells Gyro that he hasn't seen the true depressive and hopeless Johnny yet, and doubts of his ability.

Johnny, clinging to Valkyrie, shoots at a dinosaur, whose flesh falls on Valkyrie and heavily cuts both riders. They are now close to the Mississippi River and without Gyro's weapons and Johnny's Tusk being ineffective, Johnny begins to feel desperate that he won't be able to get through his ordeal. Johnny and Gyro intentionally fall from the horse into the mud to soften the impact, but the dinosaurs are onto them and various effects manifest themselves such as Johnny's tongue burning. Johnny understands that the enemy's ability has to do with sound, but can only lament their hopeless situation. Exasperated by Johnny's despair, Gyro affirms the power of the Spin and tells Johnny that there is still of level of Spin he hasn't mastered, dubbing his lesson Lesson n.4 "Pay your respects".