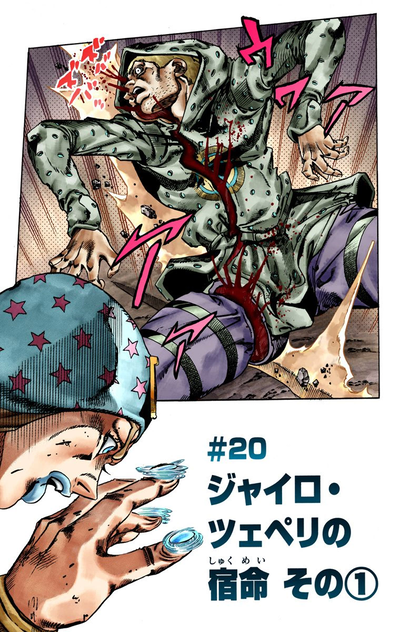 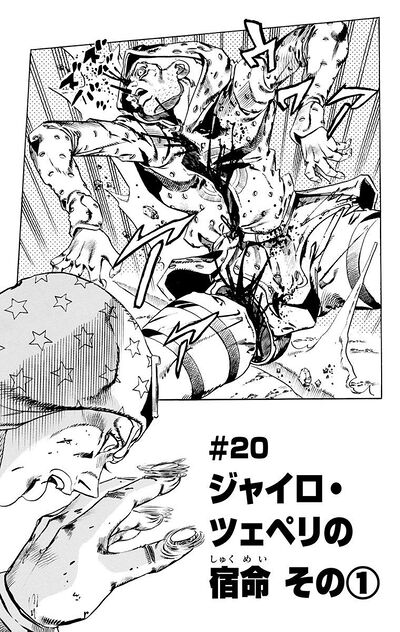 Author's Note
“
We had a cockroach infestation at work. I used half of the pesticide to get rid of them. I'm afraid they'll come back...
”
—Hirohiko Araki
“
仕事場にゴキブリが出た。殺虫剤半分使って始末したんだが、そっからが恐い。復活しそうで。
”
—Hirohiko Araki