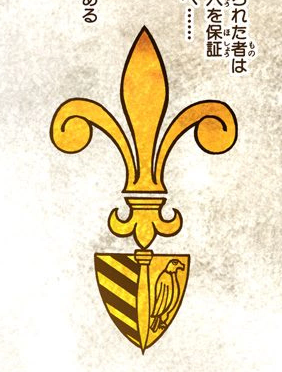 The Kingdom of Naples (ネアポリス王国, Neaporisu Ōkoku) is a country featured in Steel Ball Run. It is Gyro Zeppeli's birthplace and while Naples isn't visited, it is shown in details through flashbacks and other narrative reveals.

Although the Kingdom of Naples is inspired by the real-life Naples, much of its history and characteristics are fictitious.

The Kingdom of Naples is a very small country situated in the Italian Peninsula, with a size of 800 km². Nonetheless, it has about 780,000 inhabitants.[1]

As its name indicates, the country is ruled by a king, Dell'Ovo III. The country is particularly oppressive and any challenge against the authority of the king is suppressed violently. As such, even people slightly related to a known traitor to the crown are to be considered treasonous and executed, leading to the imprisonment of Marco a young child. Moreover, the laws of Naples make it so those found guilty of adultery can be executed.[2] The kindgom employs professional executioners who carry out beheading in the name of the king, among them is the Zeppeli Family.

Like all kingdoms however, a moment of great celebration can lead to a total amnesty of political prisoners.[3]

Duels are allowed in the Kingdom of Naples under observation by formal witnesses. However, because of the unfair advantage between nobles and the rest, people can also be forcibly exiled.

The country has a unique tradition in the Spin, an art of making objects rotate to weaponize the energy of the rotation. Not only it is used in medicine,[4] but also used by the executioners[3] and royal guards[5] of Naples. An esoteric item named the Zombie Horse is also in the possession of the king and can be handed to its agents.

The Kingdom of Naples was founded in 1302 to provide military protection for the Vatican, and the country has had close ties to the Catholic Church ever since.[1]

Naples has survived the unification of Italy in 1870 and has remained neutral on the matter.[1] However, the country has known a period of unrest as many plots against the throne were regularly thwarted by the authorities. Ultimately, a revolution toppled the king and the country was absorbed into a republic.[6]

Naples has an influence in the Steel Ball Run, having sent agents to retrieve the Saint's Corpse, among them Hot Pants. Moreover, Gyro Zeppeli was sent specifically to win the race.

Residents of the Kingdom of Naples