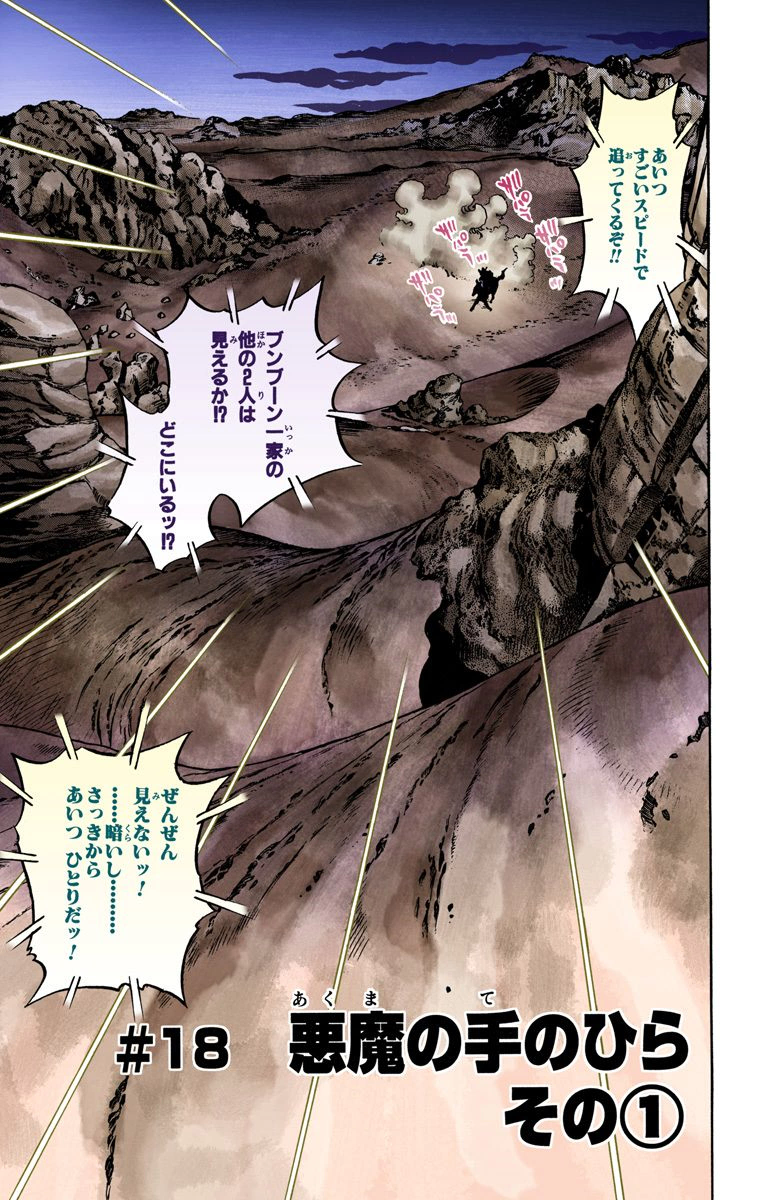 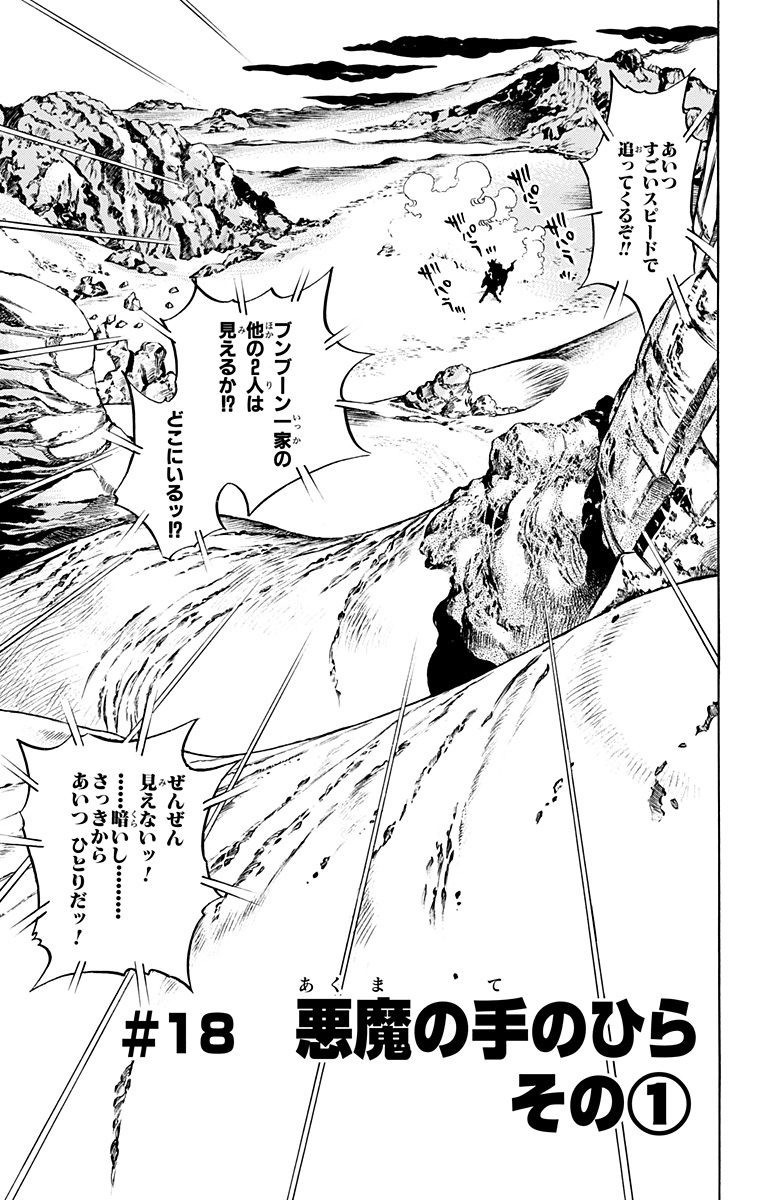 The Devil's Palm, Part 1 (悪魔の手のひら その①, Akuma no Tenohira Sono 1), originally A Battle Between Three People (3人の闘い, San-nin no Tatakai) in the WSJ release, is the eighteenth chapter of Steel Ball Run and the seven hundred seventieth chapter of the JoJo's Bizarre Adventure manga.