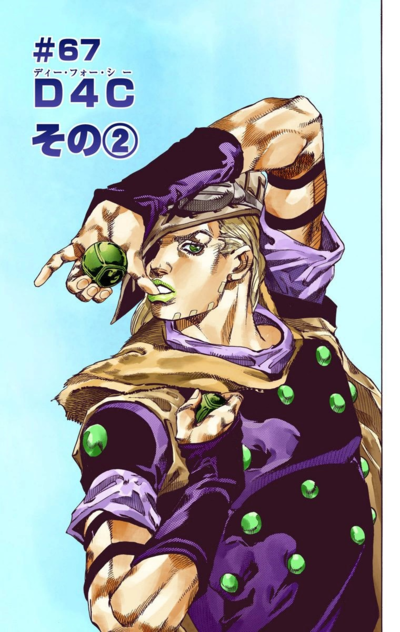 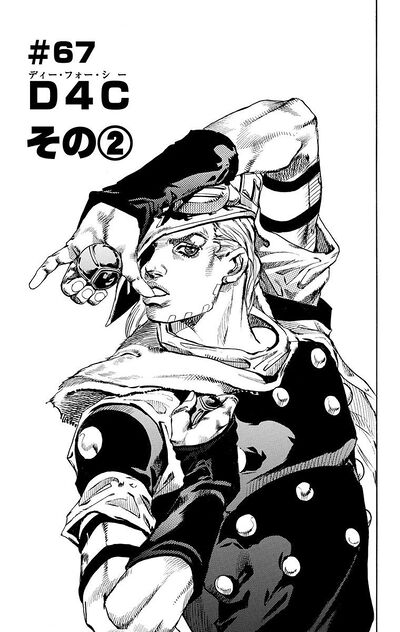 A flashback details the life of Jesus after his resurrection. When he woke up as Joseph of Arimathea tends to his corpse, he drew a map of America on the ground and disappeared. He went west, encountering many people and eventually sailed to the Americas, where he died and his relics where dispersed by a flood. Up to this day, the Corpse Parts travel across the continent. Then a young Valentine found the Heart and sought to gather the other Corpse Parts.

At 4:05 PM, Wekapipo stalks Diego in the streets of Philadelphia up to a park near Independence Hall. He sees Johnny and Gyro, but follows Diego anyway into an alley. Diego has disappeared, and a revolver lies on the ground. Then a man attacks Wekapipo from behind, his face hidden by a flag. Wekapipo successfully uses his Wrecking Ball and uses the revolver to shoot the aggressor. However, the aggressor turns out to be Johnny. Johnny points his fingers at Wekapipo, forcing him to shoot again and the shootout is witness by some children. Wekapipo, confused, throws the gun away and hides behind the corner of the building, where Diego confronts him.

At 4:05 PM Diego infiltrates the Independence Hall to steal the Corpse Parts. Disguised as a guard, he sees Valentine walking out confidently and opts to kill him instead.