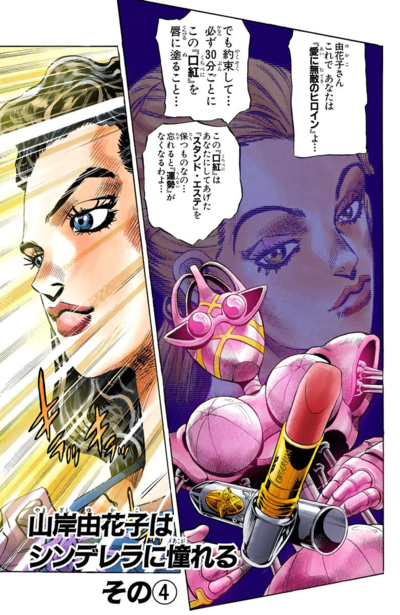 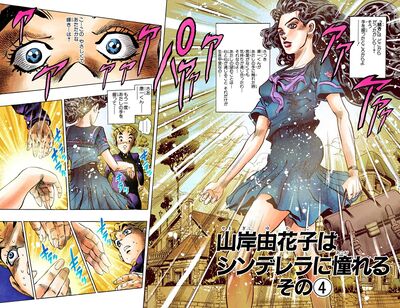 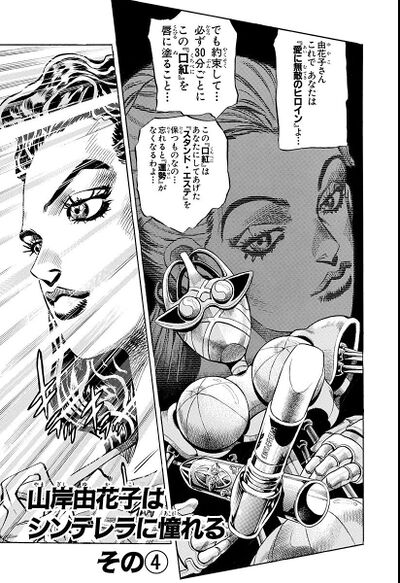 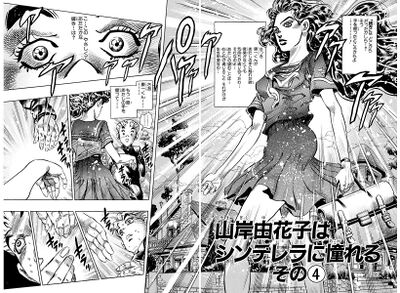 Koichi, at first disturbed by his feelings, tries to distract himself by reminding himself that he swapped his and Yukako's bag and quickly tries to leave. However, Yukako insists and asks if he feels strange. As Koichi's heart is overwhelmed, Rohan suddenly barges in and asks Koichi to accompany him to the Kameyu department store, which Koichi reluctantly accepts before Rohan's insistence. Confused, Yukako calls Aya's salon and asks her why Cinderella isn't working. Aya answers that the moment will eventually come but is probably delayed by something between the two of them, unwittingly reminding Yukako's kidnapping of Koichi. Aya then reminds Yukako of the lipstick she must apply every 30 minutes, which Yukako does before following Koichi.

At the Kameyu department store, Yukako sees Koichi's mother and sister, then Josuke and Joseph interfering with Koichi which prevents her from having any intimacy with Koichi as planned. As Yukako is angry at Aya, Rohan suddenly takes a photograph with his camera, the flash startling Shizuka, which Joseph is holding, causing her to become invisible. In a panic, Josuke tells his father that they have to go outside. As they try to make way, Joseph accidentally knocks Koichi. Koichi then ends in Yukako's arms and as Cinderella's power completely takes effect, they climactically kiss each other.