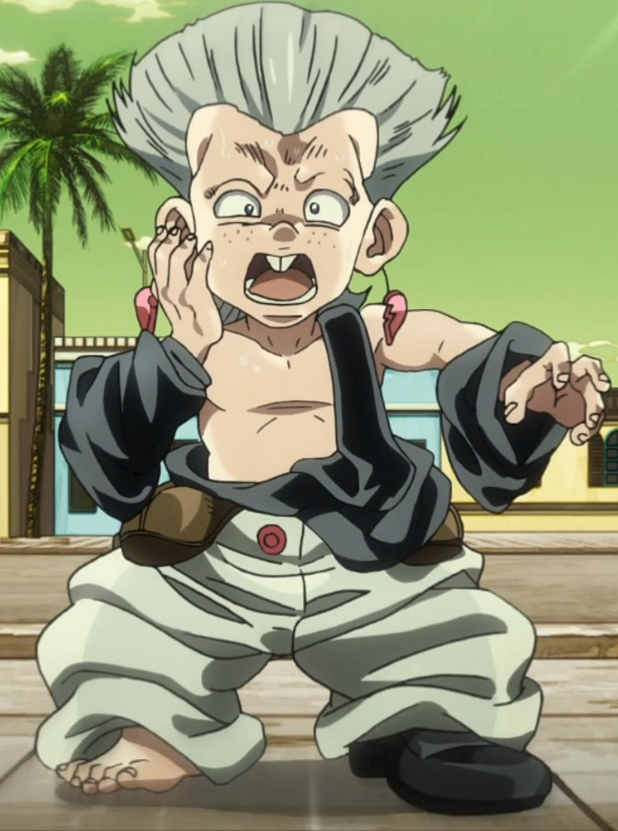 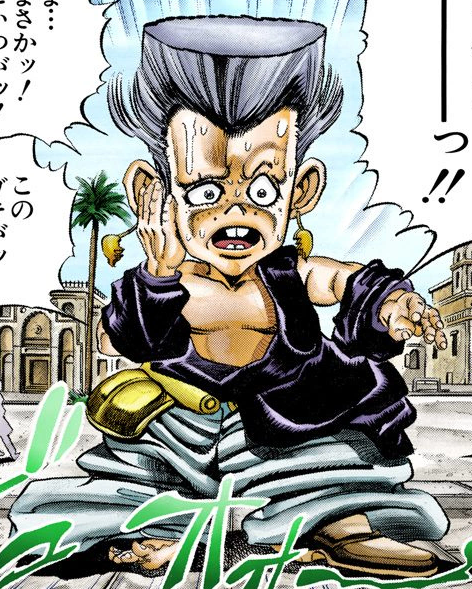 Polnareff alone notices Alessi and confronts him. Alessi's Sethan which takes the form of his shadow touches Polnareff. The Frenchman is rejuvenated and becomes a child again, his Silver Chariot undergoing the same regression. Polnareff manages to repel Alessi a first time and a young woman named Malena, believing Polnareff to be a lost child, takes him with her. When the young woman gives Polnareff a bath, Alessi rejuvenates her into a fetus. Polnareff flees and is cornered into a room with no exit. He engineers a hiding place and successfully ambushes Alessi, who flees and stumbles upon Jotaro. Alessi, knowing that Jotaro didn't have a Stand when he was a child, rejuvenates him, but even the young Jotaro proves too strong for him to handle. Jotaro knocks Alessi out, and when the assassin wakes up, he and Polnareff defeat him for good.[1]