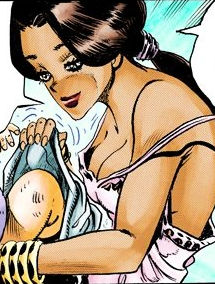 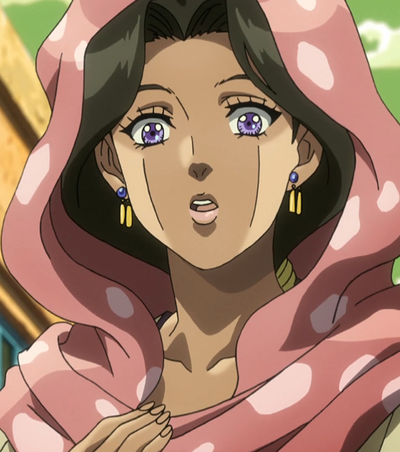 Malèna (マレーナ, Marēna) is a tertiary ally featured in the third part of the JoJo's Bizarre Adventure series, Stardust Crusaders.

She is a kind, young woman living in Luxor, who nurtures a de-aged Jean Pierre Polnareff after he's injured from his fight against Alessi.

Malèna is an Egyptian woman with long hair kept in a ponytail. Her attire consists of a polka-dotted cloak covering a thin undergarment dress. She also wears large metallic earrings and wristbands.

Malèna is portrayed as a kind, young woman who seems good with children based on how well she took care of Polnareff, despite his tantrums. She seemed genuinely distressed about his disappearance after she is freed from Sethan's de-aging ability.[1]