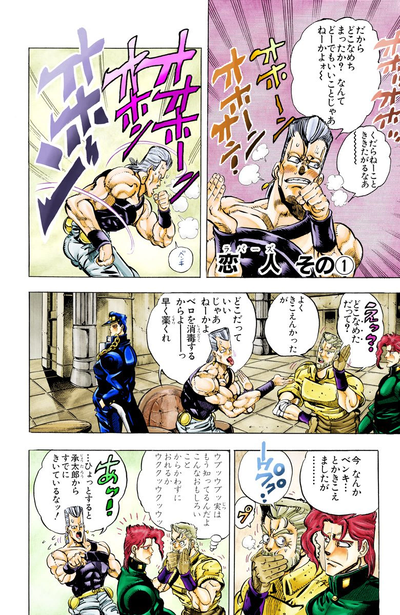 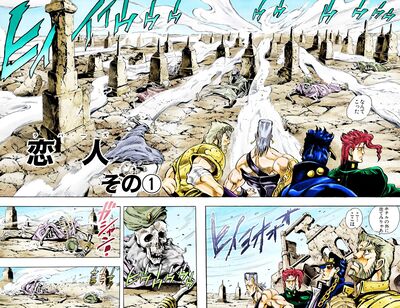 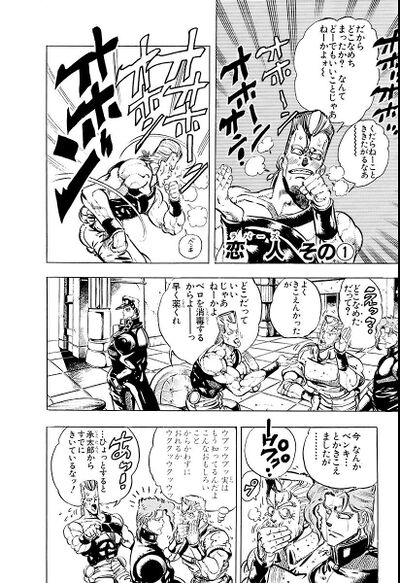 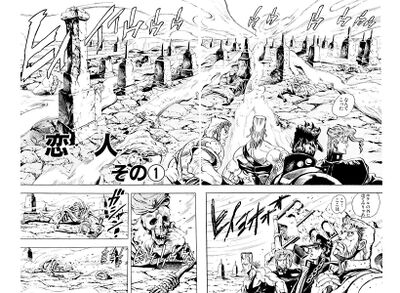 Lovers, Part 1 ( その①, Rabāzu Sono 1), originally The Terrifying Lovers (恐ろしき, Osoroshiki Rabāzu) in the WSJ release, is the forty-seventh chapter of Stardust Crusaders and the one hundred sixtieth chapter of the JoJo's Bizarre Adventure manga.

Author's Note
“
When you've been stuck in same place for over a year, it's reasonable to want a change of scenery. It can be troublesome, though.
”
—Hirohiko Araki
“
同じ所に一年以上いると、なんとなく気分転換に引越したくなる。こまった性分だ
”
—Hirohiko Araki