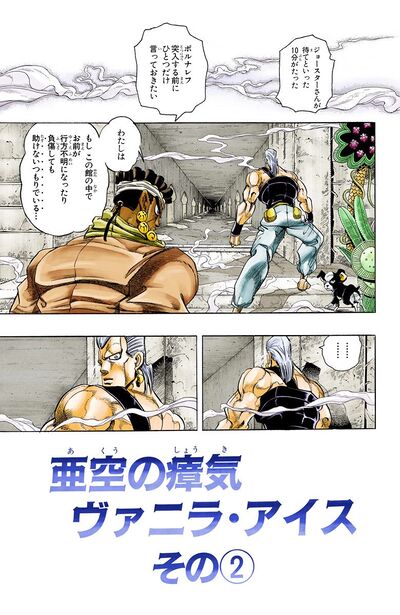 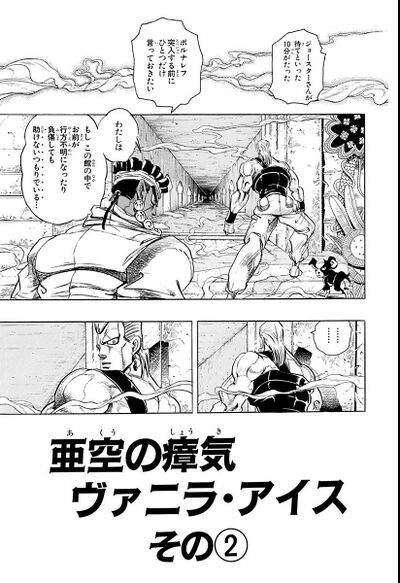 Jotaro finally defeats Telence after his soul admits defeat and brings back Kakyoin's soul as well. The three (Jotaro, Joseph, Kakyoin) manage to find out that they were actually trapped underground instead of somewhere outside. Meanwhile, Avdol, Polnareff, and Iggy decide to search the mansion for signs of life. Iggy senses the Stand user who created the maze and defeats him, reverting the mansion back to normal.

After doing so, Avdol notices writing on the wall that claims that all three of them will die if he turns around. Vanilla Ice appears behind Avdol ready to kill them. Avdol pushes Iggy and Polnareff out of the way, sacrificing himself. Unlike the time when he was "defeated" by Hol Horse, this time he dies for real. Polnareff and Iggy are left alone to face Vanilla Ice by themselves.